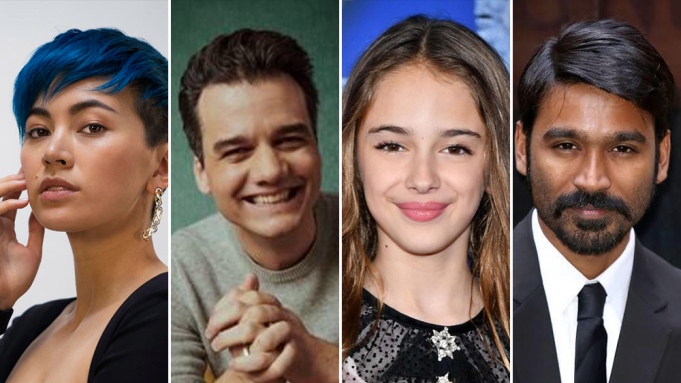 The Tamil actor Dhanush Raja, recognised for movies such as Aadukalam and Raanjhanaa, is poised to join the cast of Ryan Gosling and Chris Evans-starrer The Gray Man.

Deadline reported the action thriller is a deadly duel between killers as Gentry (Gosling) is hunted across the globe by Lloyd Hansen (Evans), a former cohort of Gentry’s at the CIA. The Gray Man turned into a bestselling book series, and the expectation is that Gosling will continue in multiple instalments.

“The movie is a real mano a mano between those two great actors who represent two different versions of the CIA, in what it can be, and what it can do,” Anthony Russo told Deadline. “For those who were fans of Captain America: Winter Soldier, this is us moving into that territory in more of a real-world setting. That’s what this movie really means for us.”

Speaking on the film’s scale, Joe Russo said: “The intention is for it to be competitive with any theatrical, and the ability to do with with Gosling and Evans is a dream for us. The idea is to create a franchise and build out a whole universe, with Ryan at the centre of it. We have all committed to the first movie, and that’s got to be great to get us to the second movie.

“These are master assassins, and Gosling’s characters gets burned by the CIA and Evans’ character has to hunt him down. We have a great working relationship with Netflix, and we go back almost 20 years with Scott Stuber.

“We formed AGBO to be an agnostic storytelling company, where we figure out the best platform. We think Netflix is the perfect place for this film.”

Taking to Twitter today, Raja posted a personally penned announcement which thanked his fans across the world and tagged those involved in the project: “@netflix @netflixindia @russo_brothers @ryangosling @chrisevans @preena621.”

Netflix aims create a new franchise with a James Bond level of scale and a budget upward of USD 200 million, reports The Hindu.

Anthony and Joe Russo will be producing the project through their AGBO banner. Joe Russo wrote the script, with Avengers: Endgame screenwriters Christopher Markus and Stephen McFeely refining the final draft.

The makers are planning to start the filming in January in L.A. while international locations are still being finalised.

Raja has previously featured in 2018’s English-language movie The Extraordinary Journey of the Fakir, directed by Ken Scott.