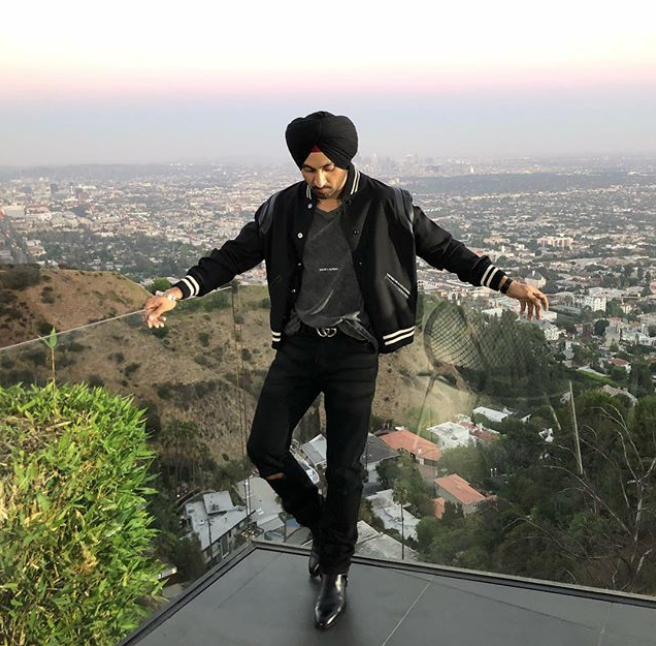 Punjabi superstar Diljit Dosanjh is set to release his first single after the success of his Bollywood movie, ‘Soorma’.

After the success of ‘Soorma’, where Diljit played Ex Indian Hockey Captain, Sandeep Singh, the Punjabi singer has now announced that he will be releasing a single soon. Towards the start of the year, Diljit released his ‘Con.fi.den.tial’ album, and then went on a successful tour of the UK to promote it.

The singer shared a post on his Instagram page to reveal the news of his upcoming sad song, alongside friend Kalik West and actress and model Tristin Dhaliwal.

Tristin will be playing the female lead opposite to Diljit for the fifth time, after appearing in videos such as ‘High End’ and ‘Do You Know’. There chemistry will certainly be even more sizzling in this video and will be pulling on the heart strings of many.

After the announcement, he then shared stills from the music video shoot.

The ‘Patiala Peg’ singer is showing no signs of slowing down, and we’re sure he won’t be disappointing his fans with his upcoming release.