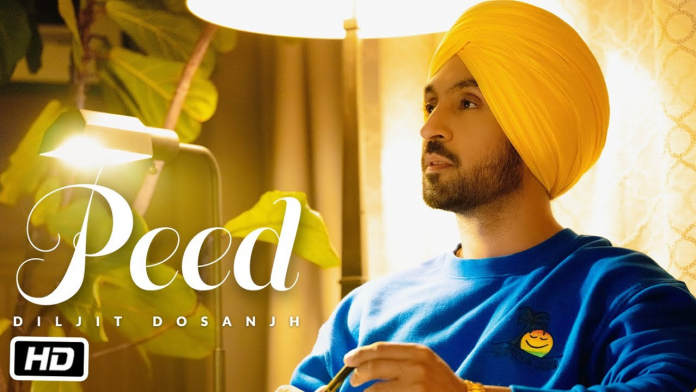 Diljit Dosanjh released the music video for ‘Peed’, a track from his latest album ‘G.O.A.T’.

Within 3 days of its release, the music video has hit an impressive 13 million views. The track itself is already Number 3 on the Official Punjabi Charts, along with Diljit Dosanjh’s other tracks ‘Clash’ at Number 2 and ‘G.O.A.T’ at Number 1.

The track ‘Peed’s lyricist is Raj Ranjodh and the music is by Gupz Sehra.