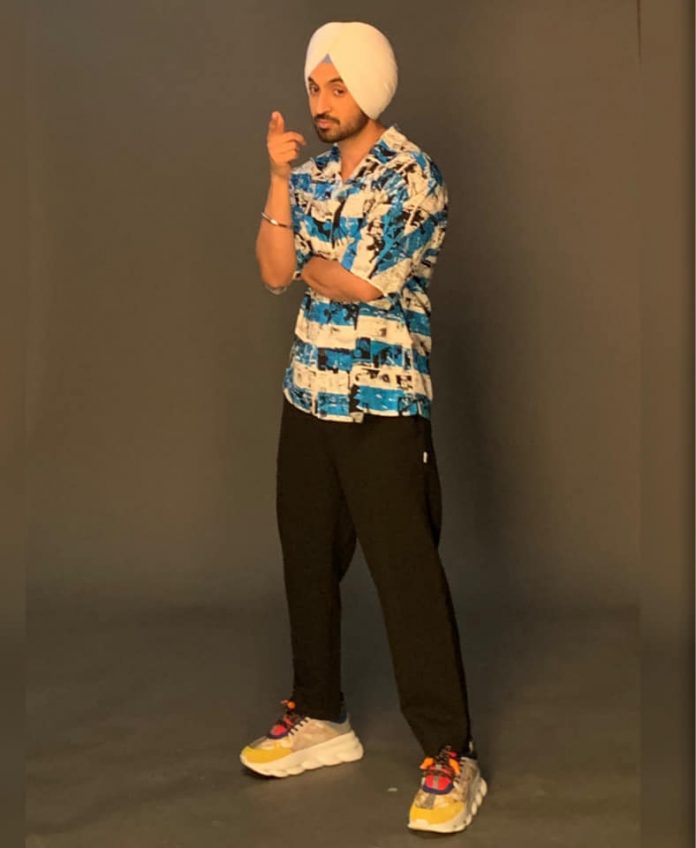 Punjabi sensation Diljit Dosanjh is set to release the music video for ‘Thug Life’ off his latest album ‘Roar’ and will be starring in the movie ‘Arjun Patiala’.

Diljit Dosanjh is riding high off his success after releasing his latest album ‘Roar’. The album reached number one on the iTunes World Chart in the UK, India, Australia and Canada. Earlier this week, he released the video for ‘Gulabi Pagg’, which stole the heart of his many fans.

Now, he is set to release the music video for his next track off the album, ‘Thug Life’. Earlier this month, he shared a picture from the set off the shoot. He was donning a designer ensemble with some fresh trainers. As we know, ‘Roar’ is a Bhangra album and we can expect another Bhangra filled track in ‘Thug Life’.

On the movie front, Diljit recently shared the poster for his upcoming movie ‘Arjun Patiala’. He will be starring alongside Kriti Sanon and Varun Sharma, with Sunny Leone make a cameo in a song.

The movie is set to release on 3rd May, but there is no stopping the Punjabi singer. Straight after he will be releasing his first Punjabi movie of the year with ‘Shadaa’. The ‘High End’ singer will be seeing alongside Pollywood Queen Neeru Bajwa. ‘Shadaa’ is expected to hit cinemas 21st June.

Followed by these two films, will be his Bollywood movie ‘Good News’, which also stars Kareena Kapoor Khan, Kiara Advani, and Akshay Kumar.

2019 is looking like a big year for Diljit, and we’re sure he won’t disappoint!