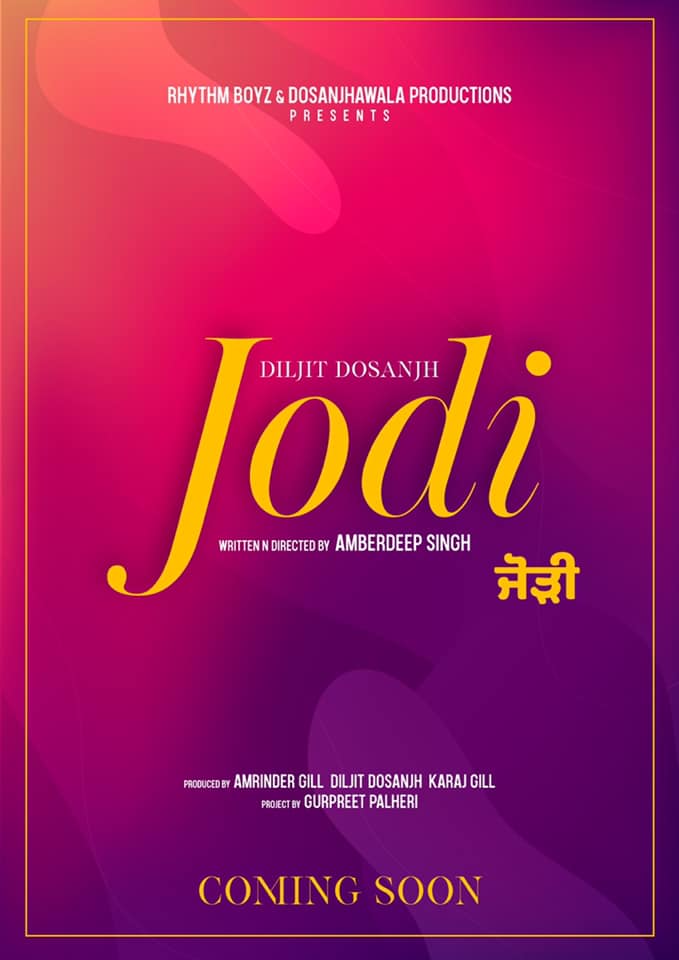 Punjabi superstar Diljit Dosanjh has shared the news of his next Punjabi movie titled ‘Jodi’, which he will be producing.

The ‘High End’ singer shared the news that he will debuting as a producer to his 6.2 million Instagram followers and shared a poster for the upcoming movie.

Diljit’s own production house, Dosanjhwala Productions will be collaborating with Amrinder Gill’s production house, Rhythm Boyz for his upcoming flick. There are no details about when it will be releasing but we do know that Amberdeep Singh will be directing.

In the past, he has directed hit flicks such as ‘Lahoriye’, ‘Laung Laachi’, ‘Ashke’, and many others. Punjabi film lovers can also expect to see Diljit Dosanjh star alongside Neeru Bajwa in ‘Shaada’, which will be out later this year.

On the Bollywood front, Diljit will also be starring in ‘Good News’ and ‘Arjun Patiala’. ‘Good News’ is being produced by Karan Johar’s Dharma Productions, and will also star Kareena Kapoor Khan, Akshay Kumar and Kiara Advani. Both of the films will be out later this year!