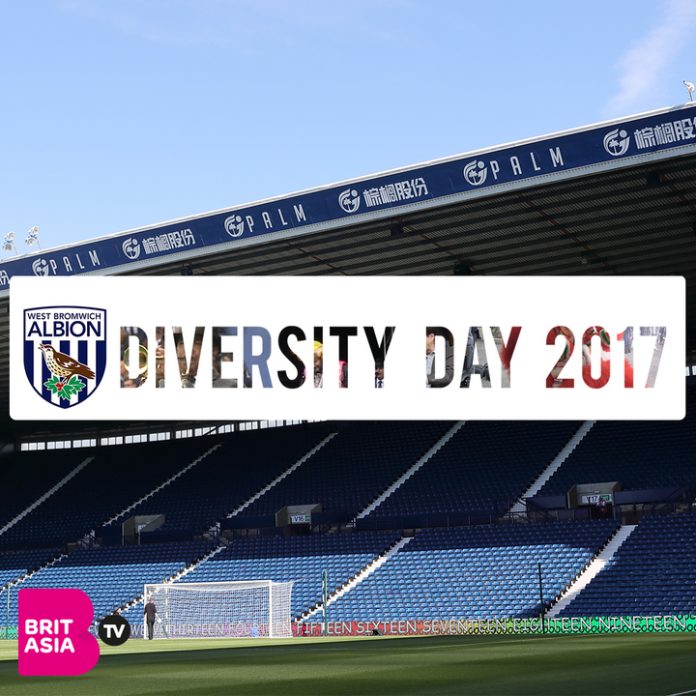 BritAsia TV joined West Bromwich Albion’s Diversity Day, where they hosted an array of multi-cultural activities on the day.

The Fanzone adopted an international theme for the day while one of many highlights was the arrival on stage of Cyrille Regis, Brendon Batson and Rhodene Cunningham, niece of the late Laurie Cunningham.

Fans of both Albion and Watford enjoyed the pre-match atmosphere, which included acts such as Choy Lee Fut Lion and Dance Team and Sardara & Gurcharan’s Dhol Blasters before Cyrille, Brendon and Rhodene took to the stage and later appeared pitchside as Fans’ Champions to present the match ball on the plinth.

It was a fantastic atmosphere with all the fans getting involved, and embracing the different cultures.

At halftime, the Dhol Blasters took to the pitch to perform which was greeted with a great reponse from the crowd.

Check out the highlights from the Diversity Day below.