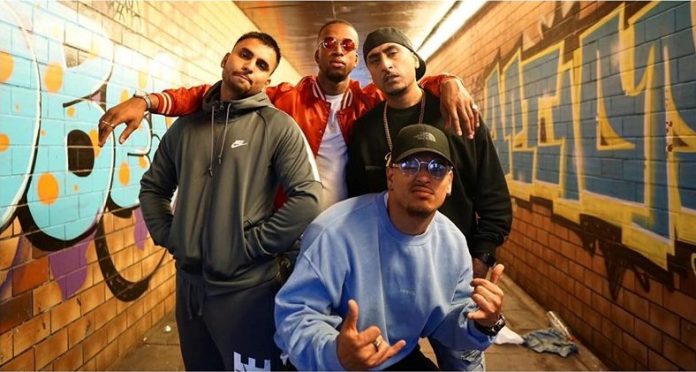 With Dr Zeus having conquered the Punjabi music scene, he is now venturing into the Urban scene, having released his first song, Tick Tock with Amber T, featuring K Dottie, under his new Label DZ. This Label will be promoting new young talent from Birmingham with an Urban twist, as Dr Zeus has stated, “Young Asian people are listening to both Indian and English music, and so the aim is to ensure that Punjabi culture doesn’t die out, by integrating both sides”.

Track ‘Active’ will be the second song released by Label DZ, and with the combination of Dr Zeus’ Punjabi beats, and lyrical talent from these fresh Urban artists, we’re sure it’s going to be a hit! Having played exclusively on BBC Asian Network with Kan D Man and DJ Lime Light, it has already become Spotlight Song of the Week.

Dr Zeus took to his social media, to share a picture of himself with the talented trio, with the caption “Fresh talent from the Baddest City in the world #Birmingham’.
‘Active’ will be released on the 6th September, make sure to check it out!