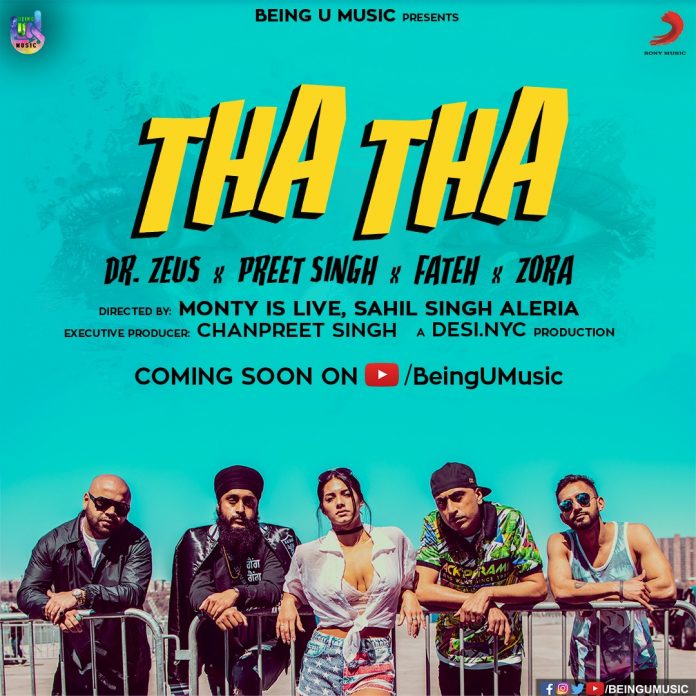 Producer Dr Zeus is gearing up to release his fourth track ‘Tha Tha’ from his upcoming album ‘Global Injection’, featuring a powerful line up.

The producer took to his social media to release the poster for his upcoming track, which features Preet Singh, Canadian rapper Fateh Doe and Zora Randhawa.

The song has had no teasers, but all fans know is that it has been written by R.S Chohan, and is sure to be a party track that will go down well.

We have already seen Dr Zeus work with Fateh Doe and Zora Randhawa, for their track ‘Nakra Nawai’, which created a huge buzz and has gathered over 25 million views on YouTube, and we’re sure we can expect another hit from ‘Tha Tha’.

There is no official release date but we’re sure it’s coming very soon!