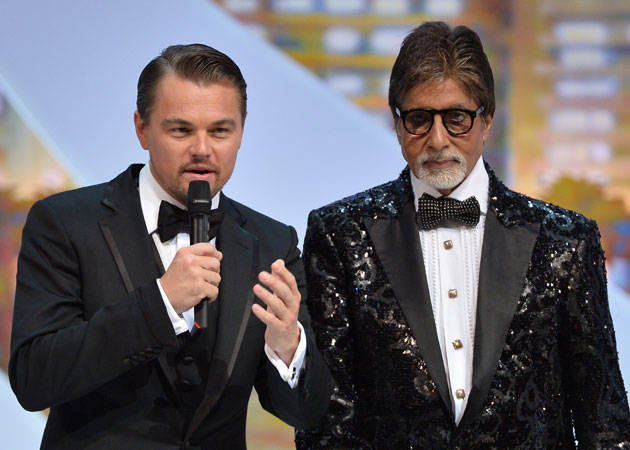 Both Bollywood and Hollywood boast a wide number of celebrities that have gained popularity with their success in the film industry. Though these stars gain the same success and massive followings in their respective countries they rarely meet, but when they do it is sure to make a great photo opportunity and cause a commotion among fans.

Leo met Big B when the two filmed for The Great Gatsby and have been pictured together a few times. The film marked Bachchan’s Hollywood debut and was a big hit among both American and international audiences.

The two stars are renowned for their dancing abilities so it’s no surprise that they shared the stage at the International Indian Film Academy awards back in 2014. Roshan was awarding the Grease star the award for outstanding contribution to International Cinema and the two broke out into an impromptu dance charming the audience. 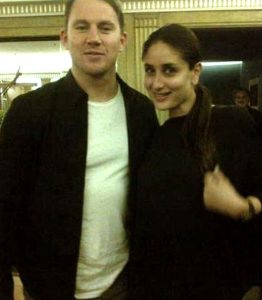 Kareena looked star struck as she met Magic Mike star Channing Tatum, the two met at an event in London. The Jab We Met star was on holiday with husband Saif Ali Khan and had to stop for a moment to fangirl over the star.

Paris travelled to India back in 2014 and attended a party hosted by Salman Khan, the two posed for photos and Paris referred to Salman as her ‘friend’ when she shared the snap. Paris has also partied with Hrithik Roshan and expressed her desire to work with him showing that the socialite may be a Bollywood fan!

Aamir Khan met actor turned governor Arnold Schwarzenegger at a summit in Delhi and you can tell how star struck the Dangal star was from the big smile on his face. Aamir tweeted about his wish to meet the Hollywood star and his dream came true when Arnie and his crew surprised him. Arnie later took to twitter to write: “It was fantastic to meet you! You’re a real star, w/ success at the box office and all the awards.”

This is not a surprising combination as it is reported that the pair have known each other for 10 years now. They became friends after the two became L’Oréal ambassadors and have been spotted together on the red carpet since.

Vidya Balan and Shah Rukh Khan played host to the X-Men star when he made an appearance at the FICCI Frames 2011 awards ceremony. The trio danced on stage and talked about their roles in the superhero hits X-men and RA one.

These two celebs met at Cannes and had a short conversation before snapping this photo together. The pair both sported red hair while wearing elegant gowns as they chatted about the Bollywood film industry and complimented each other’s outfits.

Who would you most like to see collaborate on this list? Let us know your thoughts. #BritAsiaTV