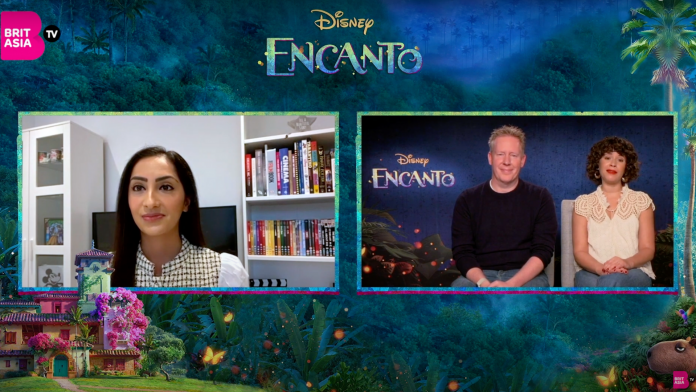 In our exclusive interview, BritAsia TV sat down with writer and director Jared Bush and writer and co-director, Charise-Castro Smith; together with producer-turned-president of Walt Disney Animation to talk about the magic behind the studio’s first Colombian-inspired film, Encanto.

Hear from the filmmakers as they discuss their passion behind the project and why Columbia became the cultural heart of the studio’s 60th feature film that is joining the Classics canon.

Disney’s Encanto is in cinemas now!