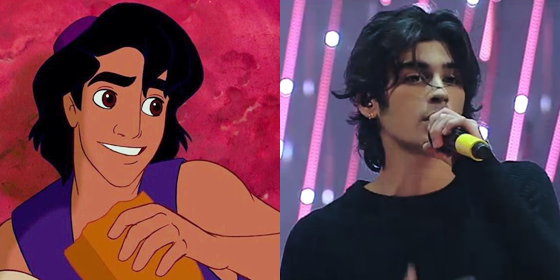 Live action remakes are all the range at the moment, with Disney transforming beloved animations into big-budget Hollywood films.

With Beauty and the Beast’s release just around the corner, Disney lovers were delighted to see the news that Aladdin is set to be one of the next childhood classics to be adapted.

Last week, an open casting call went viral on Twitter; looking for actors aged between 18 and 25, who can sing and dance.

Alright kids, if you know someone who fits this, you better share this with them. Submit asap. Good luck my babies pic.twitter.com/PLP37ritcV

The internet was quick to suggest former One Direction member, Zayn Malik, to play the part of Aladdin.

@ zayn, do us all a favor and go to the casting please pic.twitter.com/nnC9BtAQr5

They're casting aladdin grow your hair out and audition @zaynmalik pic.twitter.com/ThvEwbGJim

However, despite the clear resemblance between Aladdin and Zayn, the likelihood of Zayn actually playing the lead role is very small. In an attempt to stay true to the story and avoid white-washing claims, Disney’s casting call specifies that the actors must be of Middle Eastern descent- which Zayn is not.

When will people stop asking for Zayn to be cast as Aladdin. Aladdin's Middle Eastern. Zayn is not. PoC are not interchangeable. 🙏🏽

Filming for the live-action is set to begin in July and end in January 2018, with filming taking place in the UK.

Other animations thought to be developed in the near future include major titles such as, The Lion King and Mulan.

Could you think of anyone to play the role? Let us know your thoughts at #BritAsiaTV