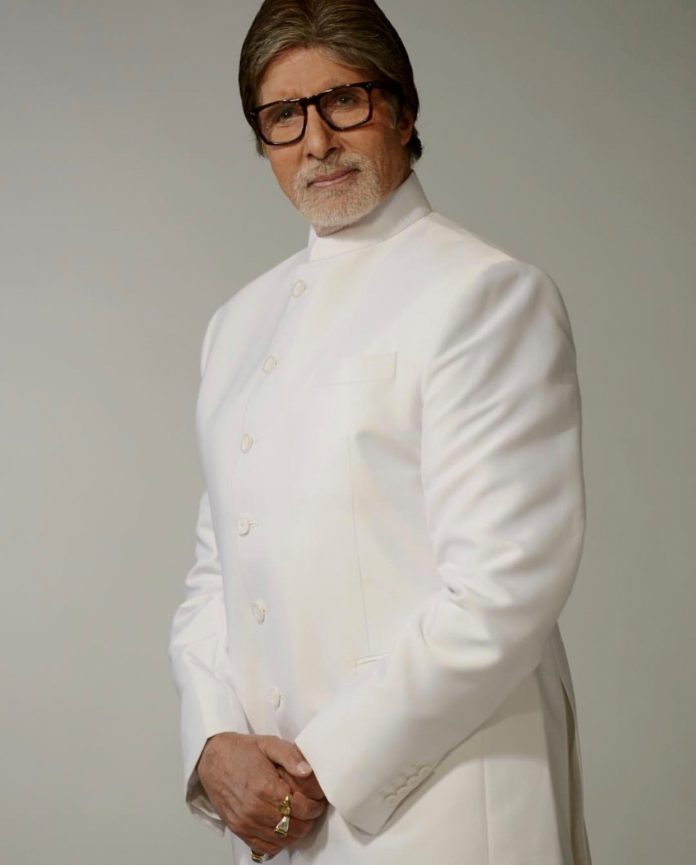 Amitabh Bachchan has shared an interesting picture of himself on Instagram, wherein his face is used for promotions by salon in France. Big B’s monochrome picture is placed on a billboard which also features Hollywood actress Cate Blanchett.

Reacting to the advertisement, Amitabh Bachchan wrote, “a surprise from one who was in Paris and saw a Hair dressing Salon showing my photograph .. good Lord ! What on Earth is the World coming to ..” He received a shoutout from granddaughter Navya Naveli Nanda and Richa Chaddha, who dropped hearts in the comments section.

On the work front, Amitabh Bachchan is gearing up for the release of ‘Brahmastra: Part One’. He essays the role of professor Arvind Chaturvedi, the leader who holds the ‘Prabhastra’ – the sword of light in the film. Directed by Ayan Mukerji, ‘Brahmstra’ features Ranbir Kapoor and Alia Bhatt in the lead roles with Mouni Roy playing the antagonist. Speaking about the film, Ranbir had told PTI, “This is not like a Marvel film. In its genre, it is very original. We can’t compare ‘Brahmastra’ to any film that is made around the world. I am a big movie watcher and I have seen every film that is out there. There is no reference to this film.” Apart from this, Big B also has ‘Goodbye’ with Rashmika Mandana, Project K with Deepika Padukone and Prabhas and Sooraj Barjatya’s ‘Uunchai’ co-starring Anupam Kher, Boman Irani, Danny Denzongpa, Neena Gupta and Parineeti Chopra.