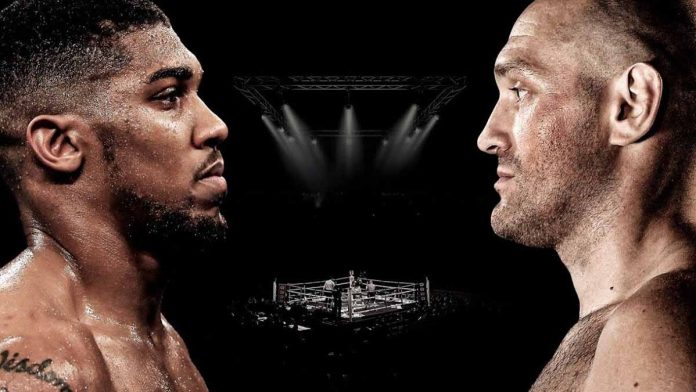 A showdown between heavyweight titleholder Tyson Fury and Anthony Joshua is another step closer to reality.

With negotiations ongoing for Joshua to take on Tyson Fury in all-British heavyweight clash, Joshua’s new ranking is another key step towards him challenging Fury, the WBC heavyweight champion.

Joshua has accepted terms presented by Fury last week — a 60-40% split of revenue in Fury’s favor and the date of the proposed fight, Dec. 3 – according to a tweet from Joshua’s manager, 258 Management. Fury’s co-promoter Frank Warren responded by saying a contract was on its way.

Warren (Fury’s Promoter) tweeted back to AJ’s camp: “Contract will be with you very soon.”

The site of the fight has not been determined, although 80,000-seat Principality Stadium in Cardiff, Wales, reportedly is a leading candidate because it has a retractable roof.