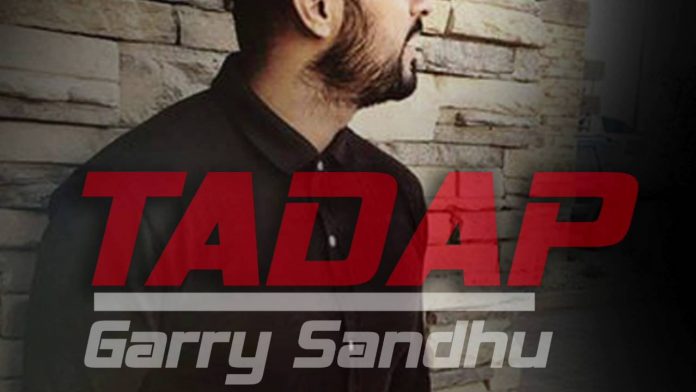 Vocalist Garry Sandhu has released his next single in the form of the heart-breaking, gut-wrenching and very emotional ‘Tadap’.

Garry Sandhu, one of Bhangra’s biggest international superstars, has made a major impact since debuting onto the scene in 2010 with ‘Main Nee Peenda’ featuring Kam Frantic. He secured himself as a household name within Bhangra with singles ‘Brick’, ‘Ik Gal’, ‘Dil De De’, ‘Din Raat’ and many more featuring UK music producers DJ Dips and GV – which were all major hits for the singer. Since his move to India in 2012, he has still secured his place at the very top of the ladder by releasing albums ‘Magic’ in 2012 and ‘Fresh All The Way’ in 2014 and also by releasing singles such as ‘Jigraa’, ‘Ja Ni Ja’ and ‘Mere Bare’ as well – which have been a commercial success worlwide. He also featured in a lead role for the movie ‘Romeo Ranjha’ – starring alongside Jazzy B.

As for 2016, his only tracks this year have been in the form of ‘Jaanu’ with music production provided by UK’s GV and the single ‘Gallan Sachiyan’ – produced by Beat Minister. Now – he has released the single ‘Tadap’ – a heart wrenching new single with music production provided by Prit – who has collaborated with a whole host of authentic Punjabi talent – earning himself a collaboration with Garry Sandhu.

The music video is available to view below and the single is also available for purchase as well.

Stay tuned to BritAsiaTV for more updates on all the latest music news and gossip!