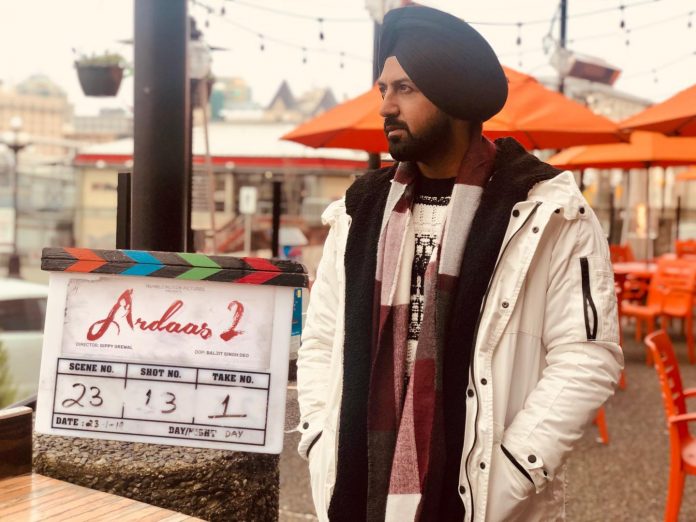 In 2019, we can expect to see even more of Punjabi singer and actor Gippy Grewal as he reveals another movie project.

Last year, the ‘Manje Bistre’ actor shared a list of 8 back to back movies that he is planning to release over the next two years. He then announced he will be partnering up with Indian music giants, T-Series, to release two flicks as well.

We can expect movies such as ‘Manje Bistre 2’, ‘Ardaas 2’, ‘Carry on Jatta 3’, and many others. He has now landed a major project with Shah An Shah Pictures and Omjee Group.

Gippy will be playing the lead role in the latest flick, which will be directed by popular director Baljit Singh Deo. Music Director Jatinder Shah, Pooja Gujral and Ashu Munish Omjee will be working behind the scenes on the flick.

We can except to see the untitled movie hit cinemas 13th September 2019.

In other news, Gippy is currently shooting the sequel to ‘Ardaas’, and is keeping his fans updated on the progress of the movie on his social media accounts.