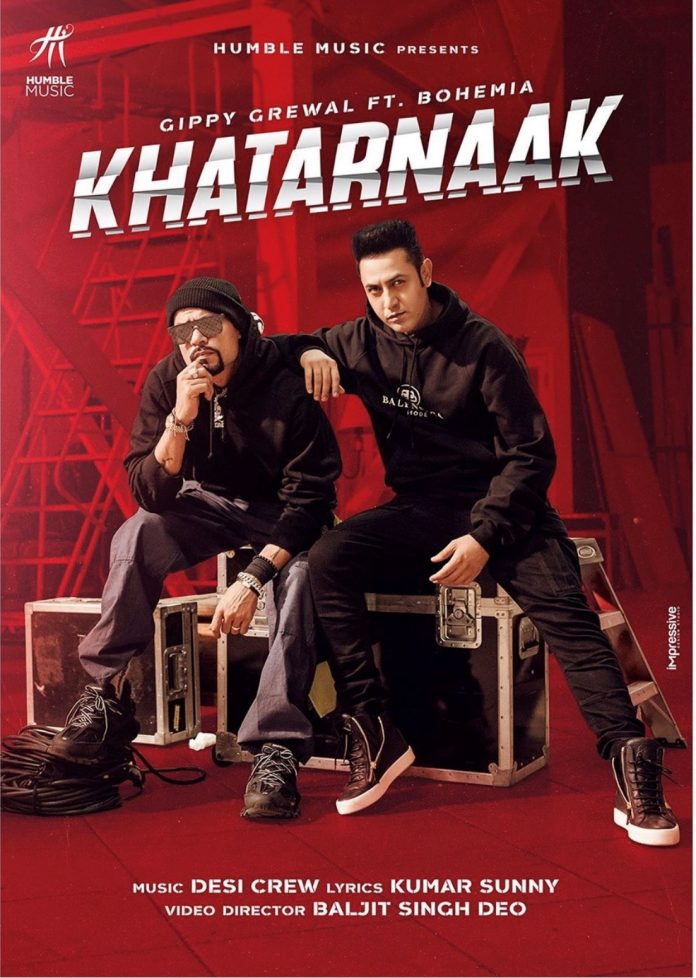 Gippy Grewal and Bohemia have both taken to their social medias to announce their new single ‘Khatarnaak.’

This will not be the first collaboration for the pair, having collaborated on hit tracks including ‘Sh Sh Shrabi’ and ‘Taur’.

It’s been a busy month for Gippy, with the hit film ‘Daaka’ releasing at the start of this month. The film stars and was directed by Gippy himself, alongside Baljit Singh Deo.

The music video will also be directed by Baljit, with music by Desi Crew.

Bohemia has also been busy in the studio, having released his latest album, Skull and Bones: Volume 2 last month.

As of yet, we haven’t received a teaser of the track or a release date, but we can’t wait to see what these two stars have come up with together!