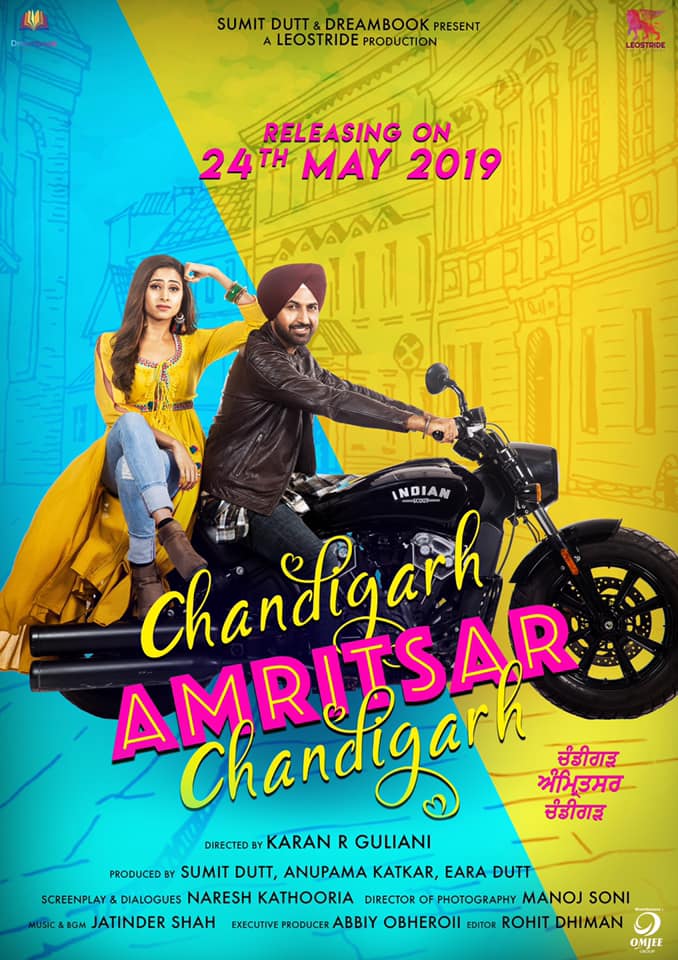 The makers behind the upcoming Punjabi movie ‘Chandigarh-Amritsar-Chandigarh’ have shared the first look from the flick starring Gippy Grewal and Sargun Mehta.

This will be the first time we see the two successful actors working together in a movie and is refreshing to see a new on-screen couple from the Punjabi film industry. Gippy and Sargun are the most in demand actors at the moment, and are both riding from success from their previous movies such as ‘Mar Gaye Oye Loko’ and ‘Qismat’.

Both actors took to their social media accounts to share the exciting news:

The flick has been directed by Karan K Guliani, and famous music director Jatinder Shah has worked on the music for the movie. With a combination of talents, we are sure that this movie will be hit!

‘Chandigarh-Amritsar-Chandigarh’ is set to hit the cinema 24th May 2019.

In the meantime, Gippy Grewal is busy on a promotional tour of his upcoming flick ‘Manje Bistre 2’.