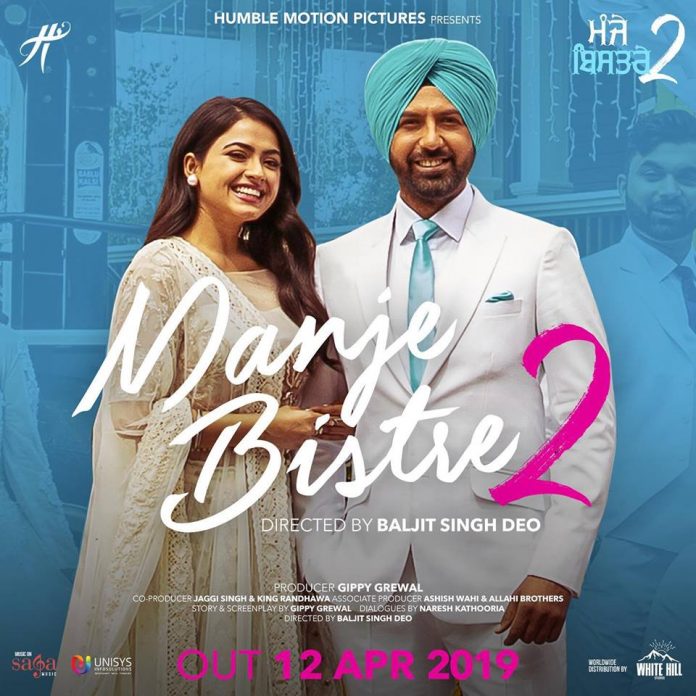 To celebrate his birthday, the Punjabi actor has shared another teaser for the sequel of blockbuster flick ‘Manje Bistre’. The sequel will have Gippy Grewal and this time Simi Chahal playing lead roles.

The ‘Mar Gaye Oye Loko’ actor did share the first teaser back in November, but now he has enthralled fans with another look into the flick. Gippy took to his Instagram to share it with his 2.7 million followers:

‘Manje Bistre 2’ has been produced by Gippy’s own production house – Humble Motion Pictures, and is one of the most awaited movies of 2019. Fans can expect more comedy and laughter in this one, when the Baljit Singh Deo directorial releases on 12th April 2019.