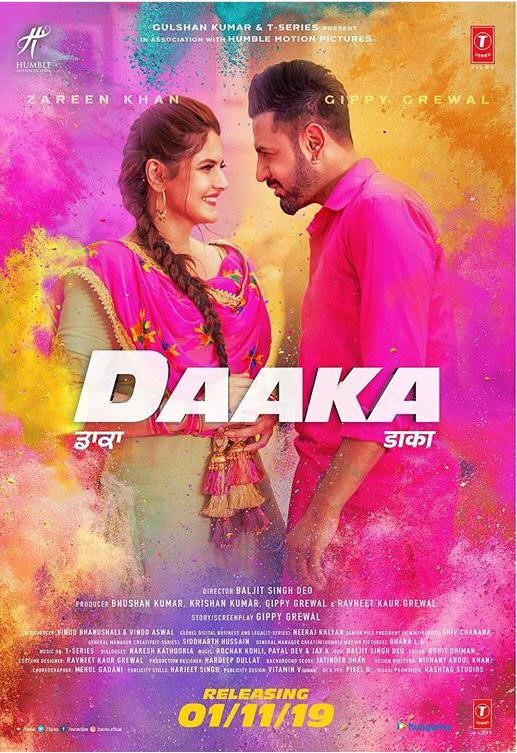 After sharing the teaser trailer and release date last month, the film poster for Gippy Grewal’s new movie ‘Daaka’ has been released.

Gippy, who is starring in and writing the film, took to his 2.7m Instagram followers to share the poster. Within the caption he confirmed the Daaka release date, 1st November, which fans have been waiting for since he announced shooting for the film was starting back in February.

Alongside the release date in his caption he also said: ‘They fill colours in each other’s lives’ hinting a romance between the two lead characters, himself and Zarine Khan.

We’re hoping it’s not long now until the trailer is released, but until then you can check out the teaser trailer here: