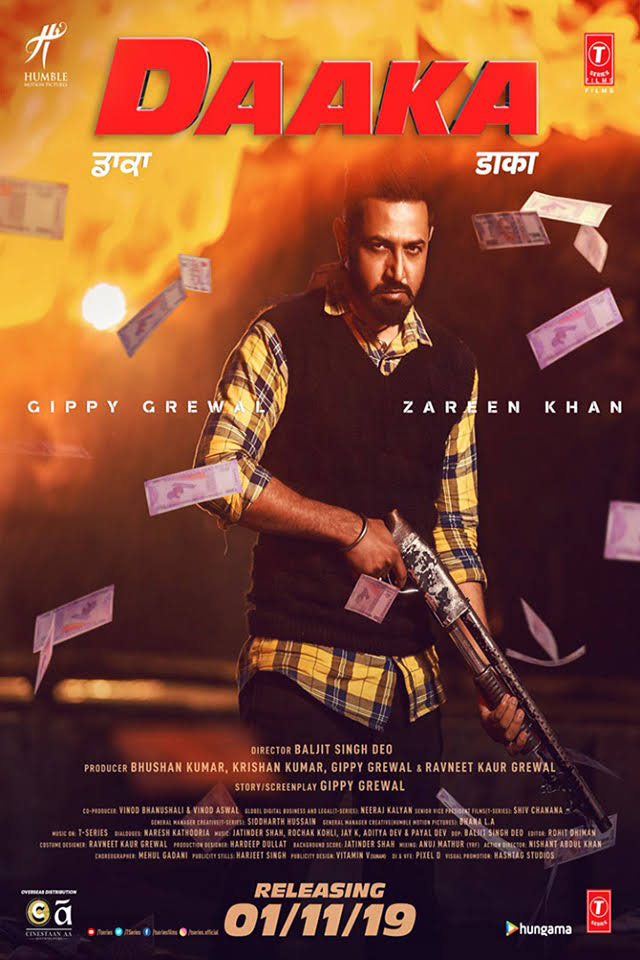 After months of anticipation Gippy Grewal’s movie Daaka is finally out!

Gippy announced back in February that shooting for the film had begun for the flick, so fans have been eagerly waiting for the release for 9 months.
The T-Series Film has been directed by Baljit Singh Deo and written by Gippy himself.

Starring alongside Gippy, in the action thriller as the love interest is lead actress Zareen Khan, who has previously starred in films such as Veer and Housefull 2.

‘One Master plan and Two Losers’ what could go wrong?

You’ll catch us at the cinema over the weekend finding out!

Check our interview with Gippy earlier this year at the Punjabi Film Awards in March, where we spoke to him about Daaka during the early stages:

To get ready for the film, you can watch the trailer here: