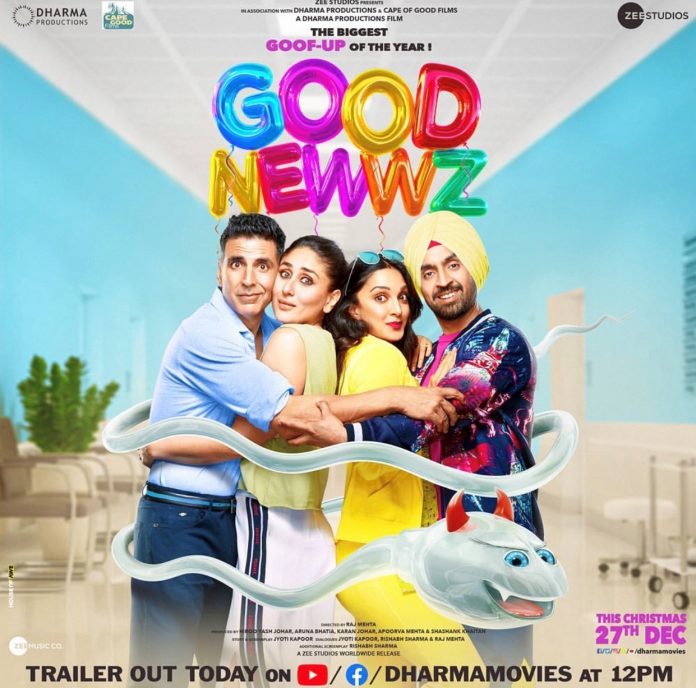 After months of anticipation, the Good Newwz trailer is finally here!

The comic trailer starts with both couples in the IVF clinic, but we won’t give too much away…

Fellow celebrities including Alia Bhatt and Varun Dhawan have also shared their excitement for the upcoming film.

The trailer has already received over a million views within the first day of being released, and after watching it, we’re even more excited than before to see the film on the big screen!

Fortunately we don’t have too long to wait as the movie will be released in cinemas this Christmas on 27th December.