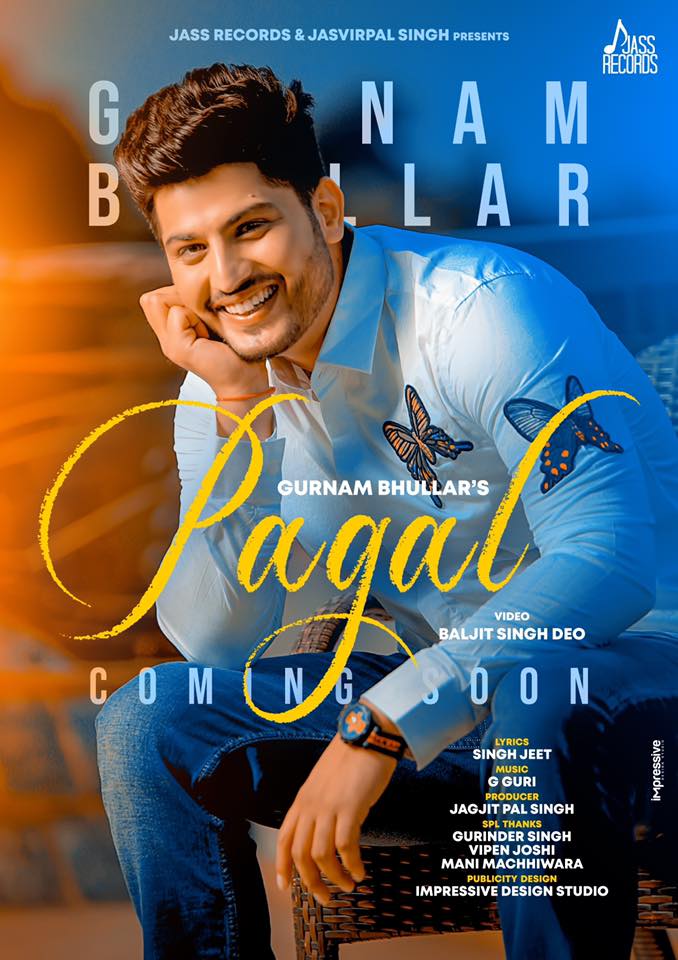 Following on from the success of ‘Surkhi Bindi’, Punjabi singer Gurnam Bhullar has announced that he is set to release his new song ‘Pagal’.

In a social media post, Gurnam Bhullar shared the official poster for ‘Pagal’, with a heartfelt caption thanking Jasvirpal Singh & Jass Records for continuously supporting him and gifting him with such a beautiful song.

‘Pagal’ is produced by Jagjit Pal Singh, with lyrics written by Singh Jeet and the music composed by G Guri.

This is also the first time Gurnam Bhullar will be collaborating with Punjabi music video producer Baljeet Singh Deo. In his post, he shared his excitement about working with Baljeet Singh Deo, explaining that he has been a fan of his from a very young age, ever since seeing the video he produced for Amrinder Gill’s Dildarian song.

Gurnam Bhullar’s talented vocals have us excited to hear this track. A release date isn’t mentioned but hopefully it drops very soon!