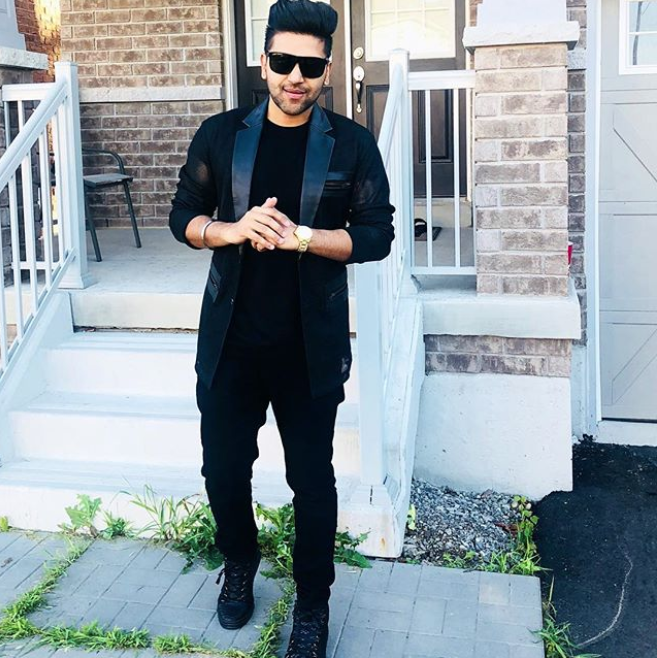 Punjabi singer Guru Randhawa is one of the biggest artists around at the moment in Pollywood and Bollywood, and has adoring fans all over the world.

His tracks have stormed the charts and even climbed onto the Billboard charts, showing there is no stopping the Punjab native. ‘High Rated Gabru’, ‘Lahore’, ‘Suit Suit’ and many more have been entertaining audiences across the world with its catchy lyrics and beats.

A few days ago, Guru announced that he will be releasing a new song for the upcoming Punjabi movie, ‘Mar Gaye Oye Loko’, starring Gippy Grewal and Binnu Dhillon. Titled ‘Aaja ni Aaja’ is set to be a romantic song, and the video is slated to be just as smooth as Guru is. We can expect this to drop on the 20th July.

First look of AAJA NI AAJA from the movie Mar Gaye Oye Loko ft. @gippygrewal Can’t wait for you all to watch this amazing song. Out worldwide on 20th July 🙏 @kuwarvirk

However, this isn’t the only track Guru is releasing. The singer has also announced the title of his next single ‘Ishaare Tere’, which will also be featuring Dhvani Bhanshali. He’s already said that this his favourite track, so fans are in for a huge treat! The Punjabi singer has written the lyrics for this song, and we can expect it on the 22nd July.

ISHARE TERE, my next single ft. @dhvanibhanushali22 releasing on 22nd July on @tseries.official Lyrics/Composer- Guru Randhawa Arranged by – @abhijitvaghani Directed by – @directorgifty My favourite composition ❤️ Out on 22nd July 🔥

Guru has also revealed that he will be bringing his huge ‘High Rated Gabru’ tour to the UK, and fans can catch him performing his hit songs in cities such as Manchester and Birmingham. The official dates have not yet been announced, but we will be sure to update you.