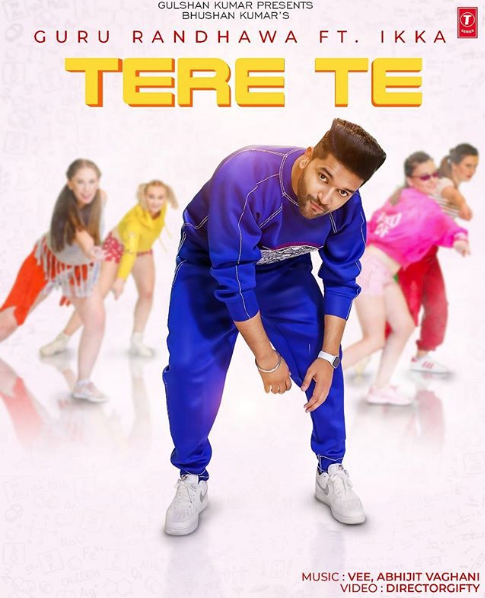 As the year comes to an end, Guru Randhawa is showing no signs of slowing down. The singer has already released various track this year such as ‘Made in India’, ‘Ishare Tere’, and ‘Downtown’. He even made his Pollywood debut by singing the song ‘Aaja Ni Aaja’ for the movie ‘Mar Gaye Oye Loko’.

Earlier this month, he revealed that he has many songs to release, and even went as far as saying he could release one every week! Yesterday, a poster for his upcoming track ‘Tere Te’ was shared by producer Vee.

We can expect another musical production by British Asian producer Vee, who has worked with Guru on all his hit songs such as, ‘Lahore’, ‘Made in India’ and ‘Downtown’. Rapper IKKA will be featuring in the song, which could indicate a hip-hop resemblance track.

On the poster, we also see Guru donning a blue tracksuit which could mean this song is more laidback and chill. There is no official release date on the track, but we’re sure we can expect it ery soon.