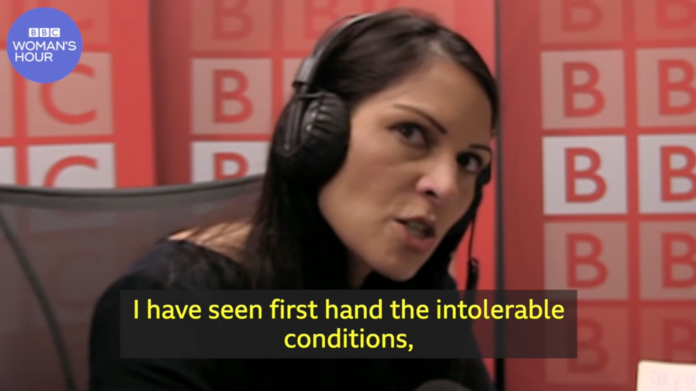 Home secretary Priti Patel said women, girls and persecuted minorities will constitute the majority of Afghan refugees to be resettled in the UK.

While the Taliban said women’s rights will be respected, Priti Patel told the BBC it was hard to believe “the PR operation that we’re currently seeing”.

The UK government will work with other nations and promised to resettle 5,000 Afghans in the UK in the first year.

However, some MPs have criticised the scheme for not going far enough.

Thousands of Afghans have been trying to flee the country after the Taliban seized control of the capital Kabul last week.

The government has committed to resettling up to 20,000 Afghan refugees in the UK in the long term – and Ms Patel said she wanted the majority of those to be women and girls and persecuted minorities.

The Taliban have promised the rights of women in Afghanistan will be respected “within the framework of Islamic law”.

But the home secretary said the group had a history of oppressing women and “that’s not going to change overnight”.

“I genuinely do not think that we should be at all believing the spokespeople or the PR operation that we’re currently seeing,” she told BBC Radio 4’s Woman’s Hour.

Appearing on BBC Breakfast, Ms Patel refused to give a timescale for how long it would take for the 20,000 Afghans to be brought to the UK.