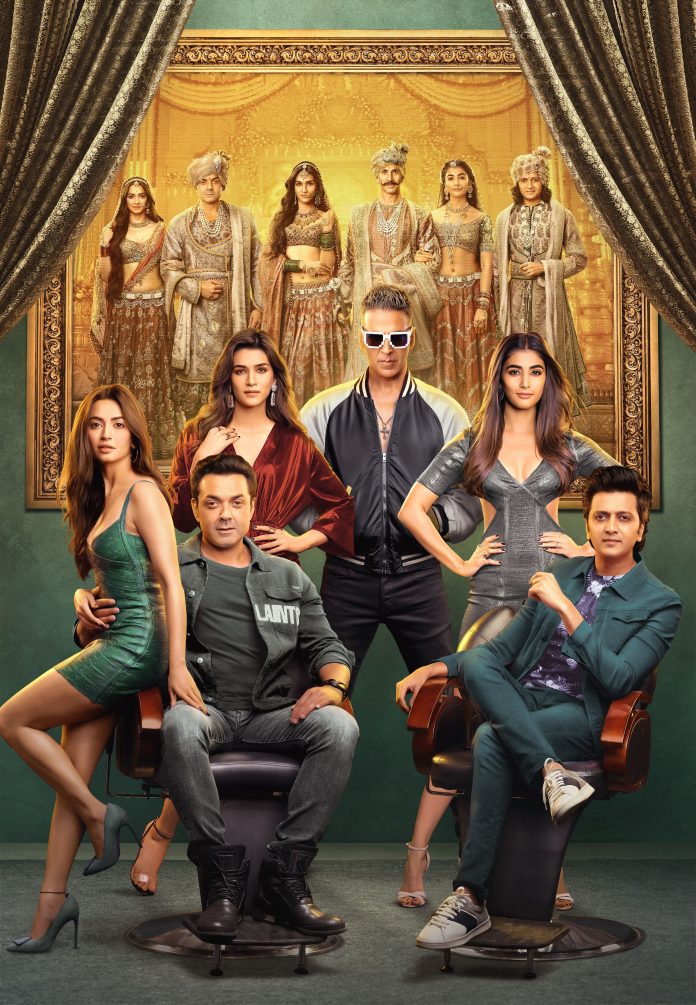 After months of anticipation and song releases, Housefull 4 is now out in cinemas!

The film has taken social media by storm in the past few months with ‘The Bala Challenge’ and is now about to take the big screen by storm!

Fans and celebrities everywhere are expressing their excitement on social media.

9 years later, Akshay Kumar is back in the fourth instalment alongside Pooja Hedge, Kiriti Sanon and Bobby Deol.

The film is set to confuse you, put you on a laughing riot and take you through the grandeur of 1419 with a spark of 2019!

We know what we’ll be doing this weekend!

Get ready to watch the film by watching the trailer here: