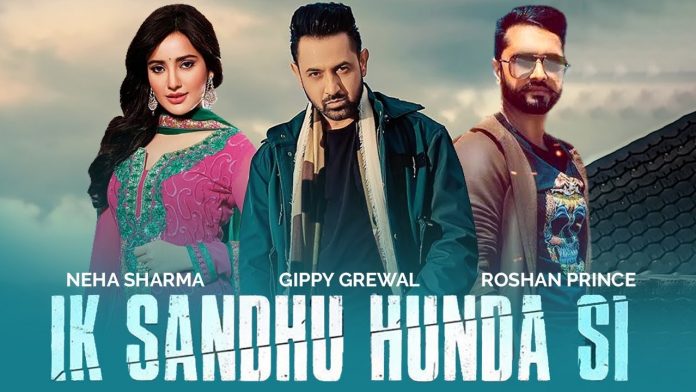 Set to release on the 28th February, Gippy Grewal has announced the title of his new movie. The actor will be seen in and as ‘Ik Sandhu Hunda Si’, in the Rakesh Mehta directorial. It is the same movie with which Neha Sharma is making her Punjabi debut.

Along with Gippy Grewal and Neha Sharma in the lead, the movie stars Roshan Prince, Raghveer Boli and Dheeraj Kumar. Roshan Prince, who today mentioned to announce the title of his new movie was also talking about ‘Ik Sandhu Hunda Si’. He will be seen playing Gill, friend to Gippy Grewal’s character. Taking to his social media handle, Roshan Prince said that his character poster will also be out soon.

Sandhu is a name everyone swears by. While Sandhu swears by only two things – his friends and his love. Be it his love or his friends, Sandhu goes to any extent to stand by both. However, least does he know that one day he will have to choose between the two. Who will he pick?