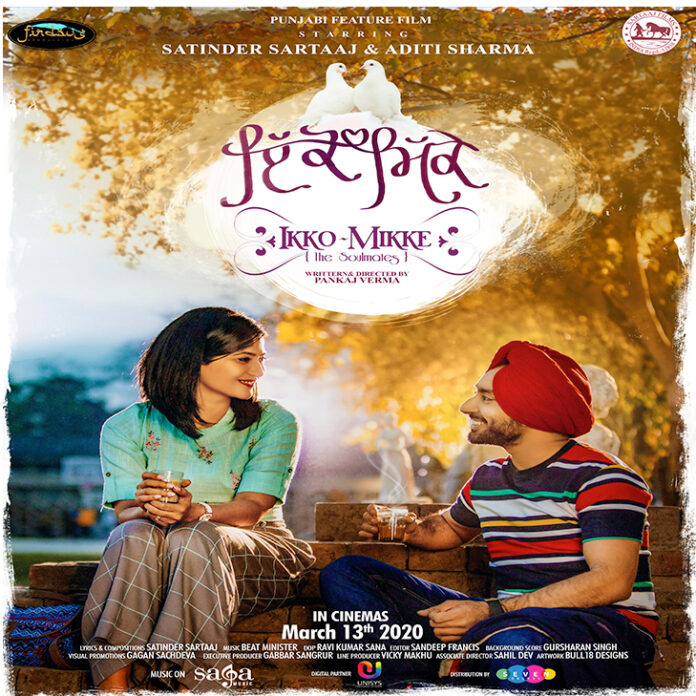 Upcoming romantic Punjabi movie, Ikko Mikke, will be starring Satinder Sartaaj and Aditi Sharma as the leads. With ‘The Soulmates’ captioned in the title, this story will follow the couple’s lives after marriage, and the struggles of meeting expectations. As the composer and lyricist for the film, Sartaaj has released one of the latest tracks for the film, Sharminda, which he explains is the song of self-realisation. With the film written and directed by Pankaj Verma, we can’t wait for the film’s release!

Sartaaj attended a UK Film Premiere for the show on Sunday evening, in which an exclusive selection were able to watch the film, before its release in cinemas worldwide. With a great audience turnout, the successful actor and singer took to the stage to answer questions about the film, and shared his excitement for the release, on Friday 13th March 2020.