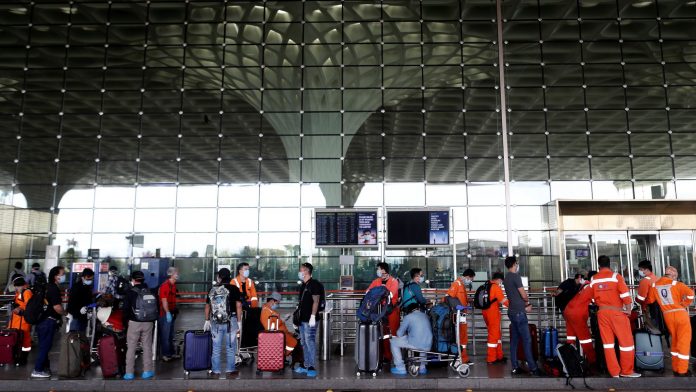 India has been added to the government’s travel ‘red list’ over fears of a new Covid variant that was first detected in England and Scotland last week.

Health Secretary Matt Hancock said putting India on the ‘red list’ for travel was a ‘difficult but vital decision’.

From 04:00 BST on Friday 23 April, most people who have travelled from India in the last 10 days will be refused entry.

British or Irish passport holders, or people with UK residence rights, will be allowed in but must quarantine in a government-approved hotel for 10 days.

Mr Hancock confirmed there had been 103 UK cases of the Indian variant.

In a statement to the House of Commons earlier this week, the health secretary said the vast majority of the cases of the new variant – officially known as B.1.617 – had been linked to international travel.

He said test samples had been analysed to see if the new variant had any “concerning characteristics” such as greater transmissibility or resistance to treatments and vaccines.

He told MPs: “After studying the data, and on a precautionary basis, we’ve made the difficult but vital decision to add India to the red list.”

Roberts added: “It’s still too soon to say if it is more contagious, deadly and will evade vaccines – and whether it should join the Variant of Concern list that the South Africa, Kent and Brazil variants belong to.”

Assessments are ongoing, and in the interim the government is actively taking measures to stop more cases arriving and spreading across the country.