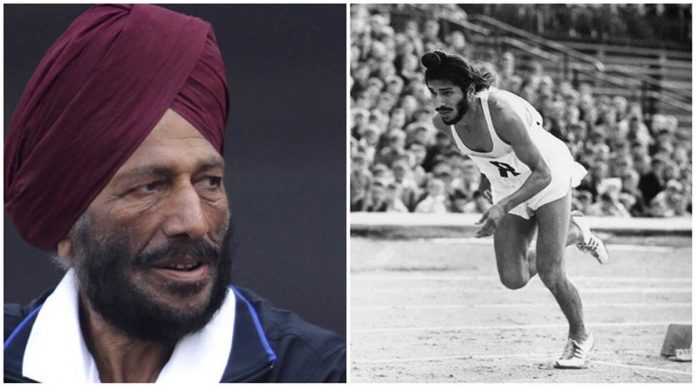 One of India’s greatest athletes, Milkha Singh, has died from Covid-related complications, aged 91.

Popularly known as “the Flying Sikh”, Singh won four Asian gold medals and finished fourth in the 400m final at the 1960 Rome Olympics.

In 2013, his story was adapted for the Bollywood film Bhaag Milkha Bhaag (Run Milkha Run).

Singh had contracted Covid-19 last month and died of complications from the disease in a hospital in the northern city of Chandigarh late on Friday.

Prime Minister Narendra Modi shared a personal tribute alongside a photograph of the two on social media. Taking to Twitter on Friday, PM Modi said in a thread: “In the passing away of Shri Milkha Singh Ji, we have lost a colossal sportsperson, who captured the nation’s imagination and had a special place in the hearts of countless Indians. His inspiring personality endeared himself to millions. Anguished by his passing away.”

I had spoken to Shri Milkha Singh Ji just a few days ago. Little did I know that it would be our last conversation. Several budding athletes will derive strength from his life journey. My condolences to his family and many admirers all over the world.

Singh’s passing comes as a deep loss to India and its sporting community, with Sachin Tendulkar, Suresh Raina, Saina Nehwal, Sunil Chhetri and undoubtedly more, paying their respect to ‘the Flying Sikh’.

Your demise has left a deep void in every Indian’s heart today, but you shall keep inspiring several generations to come. pic.twitter.com/ImljefeUEN

We may not have seen you compete, but every time we ran fast as kids, we ran 'like Milkha Singh'. And for me, that will always be the legend you leave behind. You didn't just run, you inspired. Rest in peace, sir. #MilkhaSingh pic.twitter.com/SbwrqJJHx9

Dark clouds of sadness prevail with the demise of my idol and inspiration Milkha Singhji. His story of sheer determination and hard work inspired millions and will continue to do so. As a tribute to him, students of Usha School paid homage to the legend.
Rest in Peace 🙏 pic.twitter.com/mLBQQ2ge3v

Singh was a four-time Asian Games gold medallist, and remained independent India’s greatest track athlete. He won four gold medals at the Asian Games and was a 1958 Commonwealth Games champion.

Singh missed the 400m bronze at the 1960 Rome Olympics when the athletic world, not just India, had taken a medal as certain. That run in Rome remains the gold standard for Indians. No Indian has won a medal in the 14 editions since then.