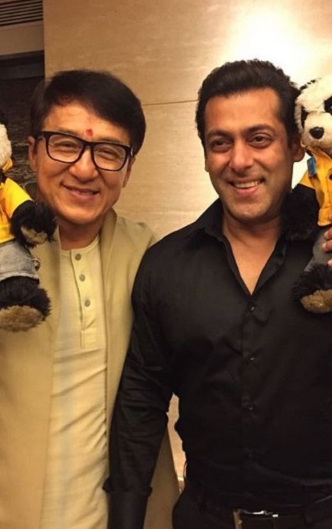 Jackie Chan arrived in India this week to promote his upcoming film Kung Fu Yoga. The action star landed at Mumbai Airport on Monday and received a traditional welcome alongside his host and co-star Sonu Sood. 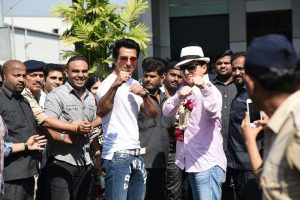 The 62 year old star was greeted with a garland and tilak to give him a taste of Indian culture, he waved to thousands of fans as they waited to catch a glimpse of him. Jackie Chan will reportedly stay in a five-star hotel where he will be given the A-list treatment with dancers and an extensive Indian food menu planned for him.

Jackie Chan is promoting the upcoming Chinese-Indian action film Kung Fu Yoga which also stars Disha Patani and Amyra Dastur. Last week Salman Khan took to twitter to thank the Kung Fu legend for giving his Dabangg co-star Sonu Sood the film role. Sonu then posted a video on twitter a few days later with Chan himself in which he said: “Namaste, Salman. I am going to see you in India with my brother.” He points to Sonu in the video as his ‘brother’ and the two appear energetic together as they strike a ‘fist in the air’ pose. 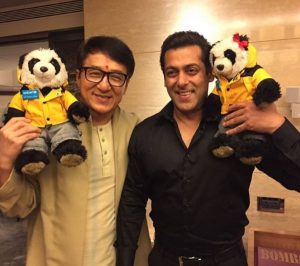 Jackie Chan kept his promise and met with Salman yesterday, the two stars met briefly but had a 30 minute conversation and posed for a candid photo. The pair were all smiles as they posed with UNICEF panda bears, Salman later posted the picture on twitter and fans were definitely happy to see the two action stars together.

Are you looking forward to Jackie Chan’s Bollywood debut? Let us know your thoughts. #BritAsiaTV