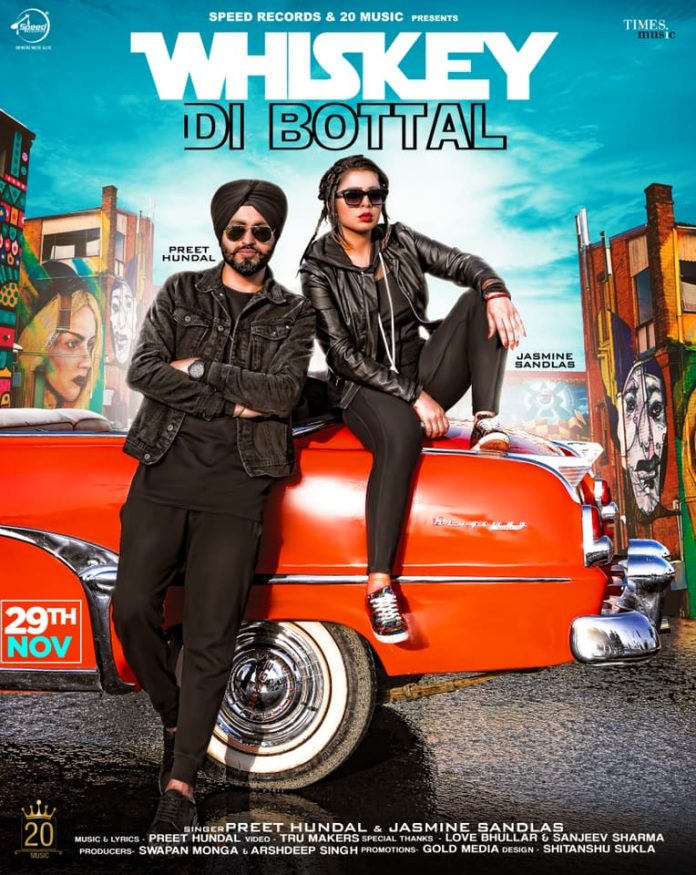 Punjabi singer Jasmine Sandlas has announced the date of her next release titled ‘Whiskey Di Bottal’.

The ‘Illegal Weapon’ singer has a had a huge year after her releases such as ‘Sip Sip’ and ‘Patt Lai Geya’. Jasmine has also played host duties at the UK’s first ever Punjabi Film Awards earlier this year, and then scooped up the ‘Best Female’ award at the BritAsia TV Music Awards 2019.

Now the singer has announced the release of her next track ‘Whiskey Di Bottal’:

Hundal on the beat 👊🏼 #whiskeydibottal drops on November 29th. @preethundalmohaliwala

Jasmine shared behind the scenes footage on her snapchat story while they were filming the video for the track, and fans of the singer will know that the track has been ready for ages.

The track features Punjabi singer Preet Hundal, who has also written the lyrics and composed the music.

We can expect ‘Whiskey Di Bottal’ to drop on November 29th.

Bhangra Priyanca Kumari - 27th September 2020
0
Jazzy B has rebooted a five-year-old song prescient to the protests in Punjab that oppose the recently passed Farm Bill introduced by Indian Parliament. Thousands...
© BritAsia TV 2020 All rights reserved. Made By Gloss