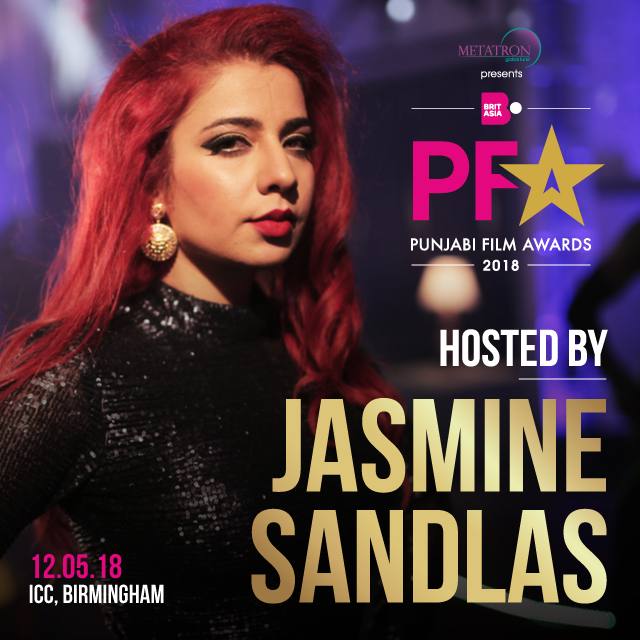 Punjabi singer Jasmine Sandlas has been announced at the host of the inaugural BritAsia TV Punjabi Film Awards 2018 presented by Metatron Global Fund.

Jasmine Sandlas, who made her debut in 2008 with ‘Muskan’ later went on to deliver one of the biggest Bollywood hits of recent years ‘Yaar Naa Miley’ produced by & featuring rapper YoYo Honey Singh.

In recent times, Jasmine has concentrated on the Punjabi market and has delivered a string of huge hits including ‘Bamb Jatt’ featuring Amrit Maan, ‘LV Di Jean’ and the massive ‘Illegal Weapon’ alongside Garry Sandhu.

Her powerful vocals has generated a global army of fans, and now the UK will see her in a different light as she is set to host at the Punjabi Film Awards 2018.

A limited amount of tickets are now on sale here to the public, with acts such as Sunanda Sharma, Harrdy Sandhu, Gurj Sidhu and Sharry Mann performing on the celebratory night.