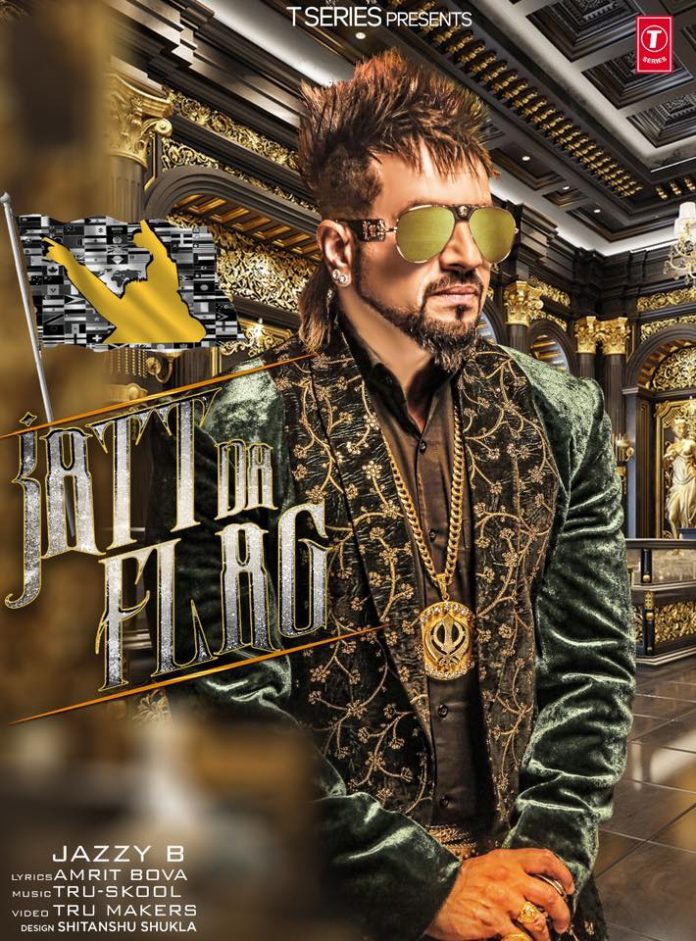 Punjabi singer Jazzy B has shared the poster for his upcoming track ‘Jatt Da Flag’.

Jazzy B is known as the Crown Price of Bhangra, as well as his powerful folk voice. He’s been entertaining his fans for years with tracks such as ‘Dil Luteya’, ‘Naag’, and many more. The time, the ‘One Million’ singer is back with a track titled, Jatt Da Flag.

He took to his Instagram to unveil the poster:

For this track, he has teamed up with one of the best UK producers, Tru Skool, who has worked with artists such as Diljit Dosanjh and JK. This is the first time the singer will be collaborating with the producer.

Jazzy B’s last track ‘Miss Karda’ received a lot of love, and has reached over 11 million views on YouTube. He’s hoping he has the same effect with ‘Jatt Da Flag’.

There is no information when the track will be released, but we’re hoping it’s soon!