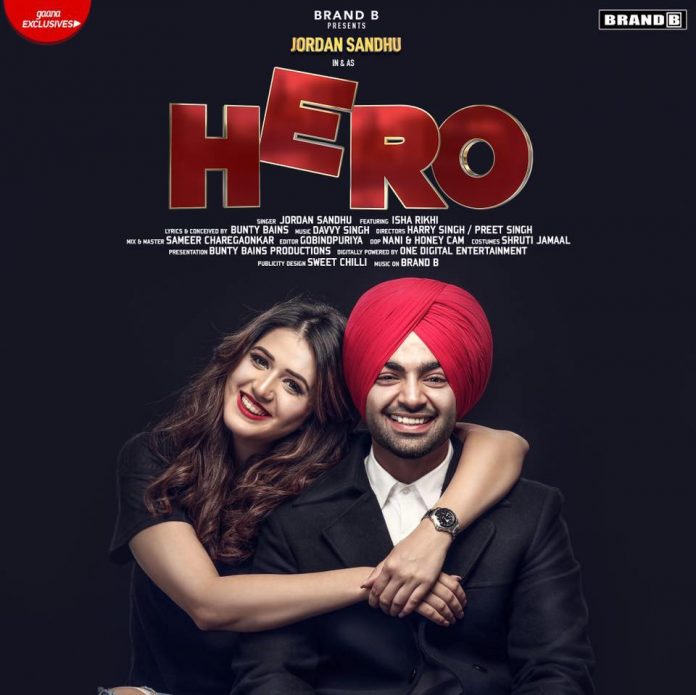 Jordan Sandhu has released the poster for his upcoming track ‘Hero’ featuring Isha Rikhi with the label Brand B.

Jordan Sandhu took to his Instagram to release the poster to his fans: ‘#Hero Aa Rea 1 October Nu’.

Releasing on the 1st October, it looks to be a fun, cheerful track by the smiles on the singers’ faces. The lyrics and direction of the song is done by Bunty Bains while the music production is by Davvy Singh. ‘Teeje Week’ and ‘Handsome Jatta’ was the last tracks released by Jordan Sandhu and we’ve been waiting for a new release from the Punjab native.

We’ll keep you updated with more news from Jordan Sandhu with his latest release so watch this space!