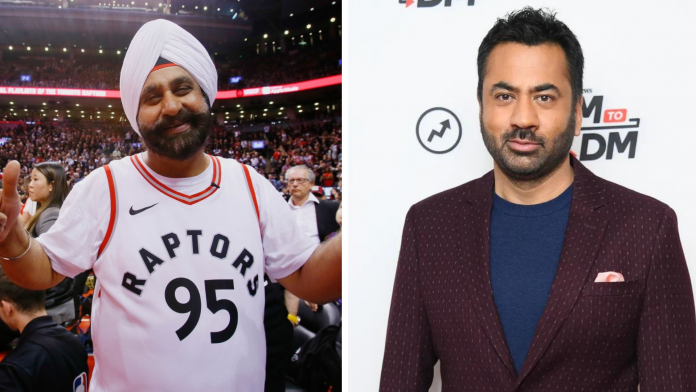 Kal Penn will produce and star in Stampede Ventures’ biopic, Superfan, based on the story of Nav Bhatia.

The film will tell the story of Nav Bhatia, a decades-long follower of the Toronto Raptors, who last year became the first fan inducted into the Naismith Basketball Hall Of Fame.

Penn (Designated Survivor, Harold & Kumar franchise) will play the Sikh Toronto man — whose loyalty to the Raptors saw him honoured with a championship ring, and leading the team’s championship parade in 2019.

Bhatia has long used the game of basketball to bring people together and has an inspiring life story: He arrived in Toronto an impoverished Sikh immigrant and navigated a difficult journey through racism and bigotry — before establishing himself as the most prolific car salesman and dealership owner in all of Canada.

Bhatia has never missed a Raptors home game and organises the Vaisakhi halftime show once a year in April on the Raptors’ court, providing many Canadians with an opportunity to celebrate the Sikh New Year together.

Stampede Ventures’ Greg Silverman and Jon Berg won the rights to Bhatia’s life story in a competitive situation, adds the outlet. They will produce the Superfan biopic alongside Penn and Dan Spilo of Industry Entertainment.

Speaking about the upcoming biopic, Bhatia said: “I’m speechless. To have the opportunity to continue to tell my story with such esteemed producers is a dream. Then to find out Kal Penn has been brought on to play me is even more surreal.

“This is not something I can even dream of. He is one of my favourite actors and to know he also loves basketball is an added bonus. I’ll be teaching him all my tricks of the trade when distracting opposing players,” he added.

“I’ve been researching and following Nav’s incredible story ever since I saw him at a Raptor’s game the year we started filming Designated Survivor in Toronto,” said Penn.

“The crowd loves him – to see what a source of pride he is for Canadians – and all basketball fans, really – makes me smile. His story is one of unity, which I’m especially excited and proud to bring to life.”

Penn is an actor and author who served in the administration of former President Barack Obama. He’s best known for his comedy role as Kumar in New Line’s Harold & Kumar franchise, and in series including Clarice, Designated Survivor and House.