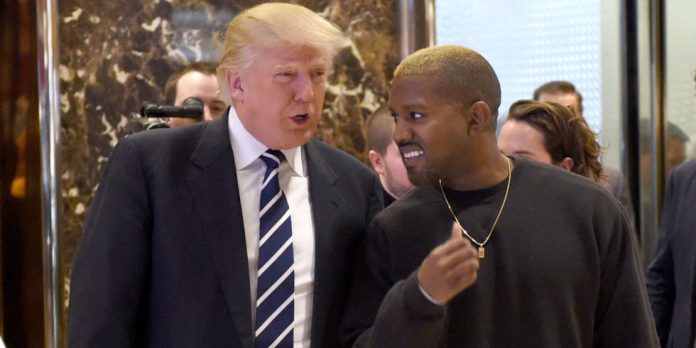 Kanye West has purged his twitter account of references to Donald Trump as he appears to have changed his once pro-Trump tone. Kanye met with the newly elected president in December at Trump Tower to discuss ‘multicultural issues’, when criticized for the meeting Kanye tweeted: ‘I feel it is important to have a direct line of communication with our future President if we truly want change’. The tweets defending his interactions with Trump have now been deleted along with other tweets referring to the new president.

Kanye also deleted a photo of a signed issue of TIME Magazine which featured Donald Trump as the “Person of the Year”. The message on the cover read ‘To Kanye, You are a great friend Thanks,’ alongside Trump’s signature. Although Kanye has been supportive of the billionaire-turned-president in the past sources now suggest that Trump’s implementation of a ‘Muslim ban’ and other recent actions have influenced Kanye’s twitter deletions. Kim Kardashian openly tweeted about her opposition to Trump’s travel ban and tweeted facts and figures about the amount of American’s killed by different demographics annually. Whether Kanye was influenced by his wife is unknown but his silence suggests that there is more to the story.

What do you think about Kanye’s deleted tweets? Let us know your thoughts. #BritAsiaTV