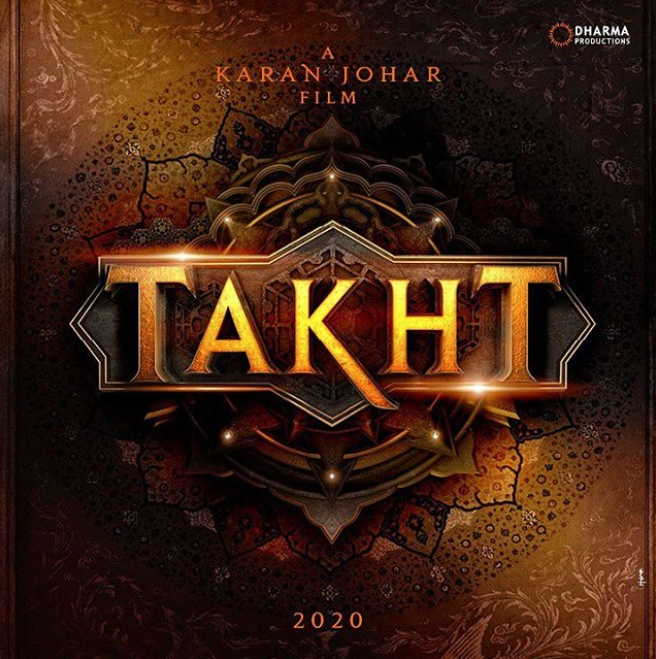 An incredible story embedded in history… An epic battle for the majestic Mughal throne… A story of a family, of ambition, of greed, of betrayal, of love & of succession… TAKHT is about WAR for LOVE…. @dharmamovies @apoorva1972

After a two-year sabbatical after Ae Dil Hai Mushkil (starring Ranbir Kapoor, Aishwarya Rai and Anushka Sharma), Johar has returned to the director’s chair with a film about the battle for the throne of the Mughal Empire. He tweeted: ‘An incredible story embedded in history…An epic battle for the majestic Mughal throne…A story of a family, of ambition, of greed, of betrayal, of love & of succession… TAKHT is about WAR for LOVE… @dharmamovies @apoorvamehta18.’ He followed up the tweet with another about the lead cast of the film.

Alia Bhatt is similarly delighted to be back with another Johar project ‘Back where I begun… to my roots! So so so so excited to be a part of this historical magnus opus! TAKHT! Directed by the one and ONLY! @karanjohar’. Cast members, like Kaushal and the Kapoors also expressed their enthusiasm across their social media handles.

With Sunil Roy’s screenplay and Hussain Haidry’s dailogue, it’s sure to be an impressive grand retelling of the historical fight for the Takht or throne of the Mughal Empire. Apart from Takht, Johar’s upcoming Dharma Productions projects include Student of the Year 2, Simmba, Kesari, Kalank, Brahmastra and Ranboomi.

It’s currently slated for a 2020 release – watch this space!