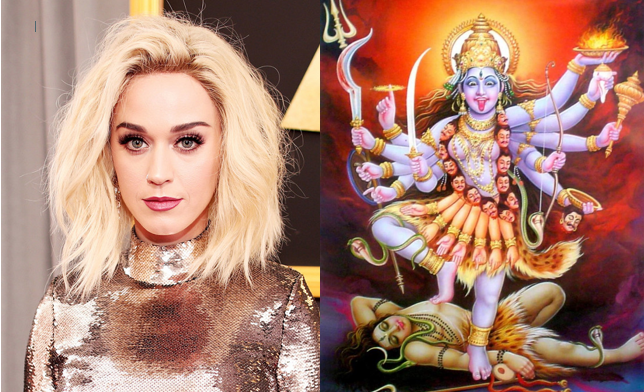 Katy Perry is the latest celebrity to be accused of cultural appropriation.

The singer posted the following picture of the Hindu goddess Kali on her Instagram, with the caption “Current mood.” 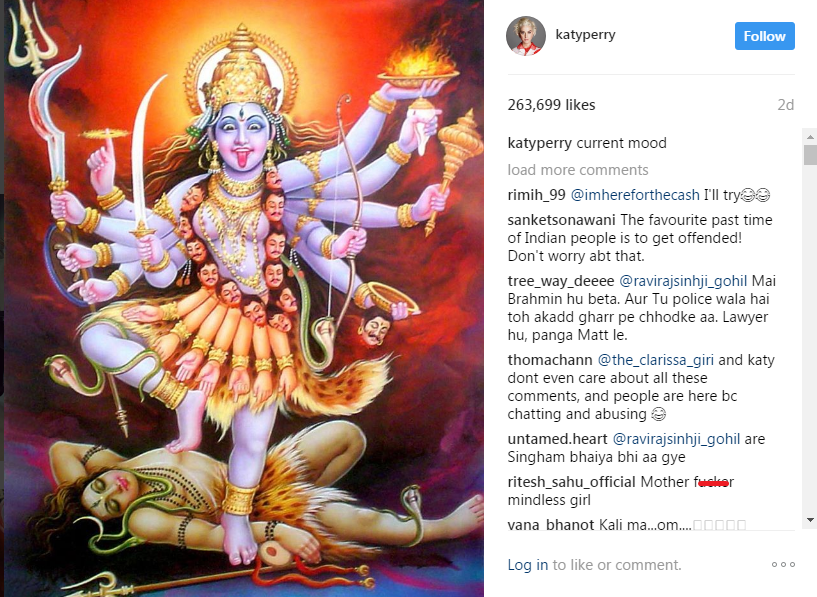 Since the photo was posted 2 days ago, it has received over 16,000 comments. The majority of which were from offended Indians who believed that the use of the image was insensitive.

Many argued that by using the ‘holy image’ and attaching the term “current mood” was effectively allowing the Hindu god to turn into a ‘meme’.

One Instagram user wrote: “It’s not right to use god as a meme you can’t just post god and use it as ‘current mood’. As you’re basically trying to say oh look I’m so like god. Which is very rude and disrespectful.”

Another wrote; “Please Katy!! Don’t use such type of Indian God’s and goddess’ pics to represent our mood… Do you know what this pic means and what’s the story behind it?”

Others argued that Perry was in fact ‘embarrassing’ the culture; “How ridiculous this? You don’t have permission to upload a picture of our goddess on this f****** social media and embarrassing our culture.”

Despite the negative backlash, there were some fans who jumped to Perry’s defence; arguing that she didn’t say anything wrong and people are just too sensitive about these kinds of things. One fan wrote; “I’m a Hindu guys and I’m not outrage by the Katy Perry’s post. GET OVER IT.”

As of yet, Perry has kept the post on her social media and hasn’t responded to any of the comments on the picture.

Are you offended by her post? Let us know your thoughts. #BritAsiaTV