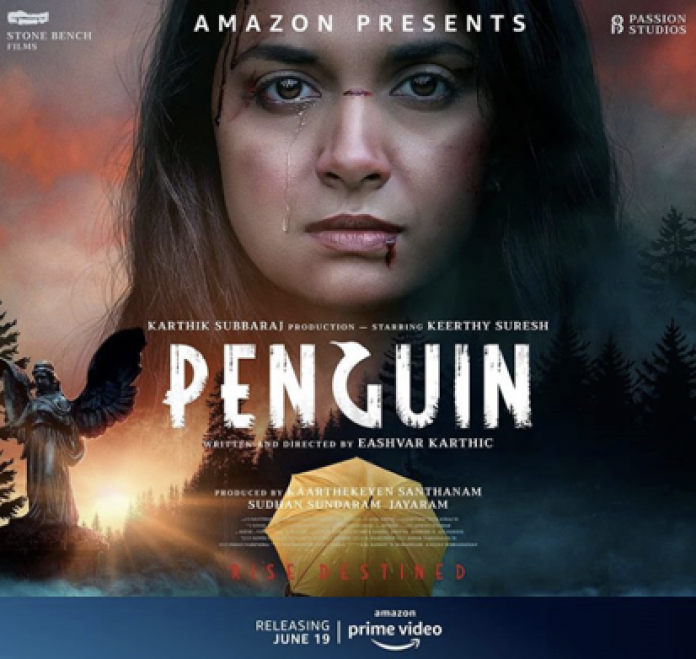 The enigmatic poster instantly piqued curiosity and promises to be a riveting
viewing experience for audiences. The makers revealed that Keerthy Suresh fit the
role perfectly as they wanted a strong performer as the protagonist. The makers revealed that they were keen on casting an actress who is a strong performer and Keerthy had proven that she is the only actress who is par excellence with her craft.

The Tamil-Telugu actress Keerthy Suresh had bagged the Best Actress Award for her brilliant portrayal of iconic actress Savitri in the film Mahanati at the 66th National Film Awards for the year 2018.

Amazon Prime Video announced its catalogue of seven Indian films across languages that were earlier set for a theatrical release and will now premiere on its platform exclusively. Penguin is one of the most awaited films from the list for its psychological thriller storyline, premiering exclusively on Amazon Prime Video on 19th June in Tamil and Telugu, with dubs in Malayalam.

The mystery thriller film is directed by Eshavar Karthic, and sees Keerthy Suresh
play the role of a mother whose child goes missing.