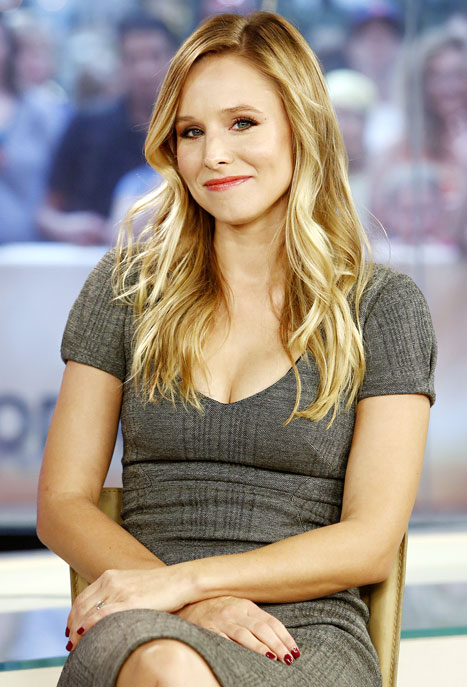 Kristen Bell made an appearance on The Ellen DeGeneres Show this week alongside her husband Dax Sheppard. The two talked about their recent experience at the Golden Globes and shared an awkward encounter the couple had with an actor at the ceremony.

Ellen commented on Dax’s crush on Brad Pitt and mentioned that Kristen recently had a run in with her celebrity crush at the Golden Globes. The celebrity in question was Riz Ahmed, Kristen gushed over the four lions star as she said: “He’s so good, I find Indian men irresistible. I do! He’s so beautiful.”

Kristen’s husband jokingly commented: “She does — she has a real fetish for Indian men, which shouldn’t alarm me at all, right? Because I often get mistaken for being from the subcontinent, all the time. Everywhere I go.”

Dax seemed supportive of his wife’s crush and even went as far as becoming her ‘wingman’ when she ran into Ahmed at the Golden Globes. Dax approached British-born Riz and said “Hey, my wife has a crush on you. I’d love to introduce you to her,” and Kirsten’s upfront introduction was: “I find you very attractive.” The encounter left Ahmed confused and at a loss for words “We put him in a very awkward position, but we both were being honest, and I just told him how fabulous I think he is and how easy he is on the eyes,” Bell commented.

What do you think of this strange encounter? Let us know your thoughts. #BritAsiaTV