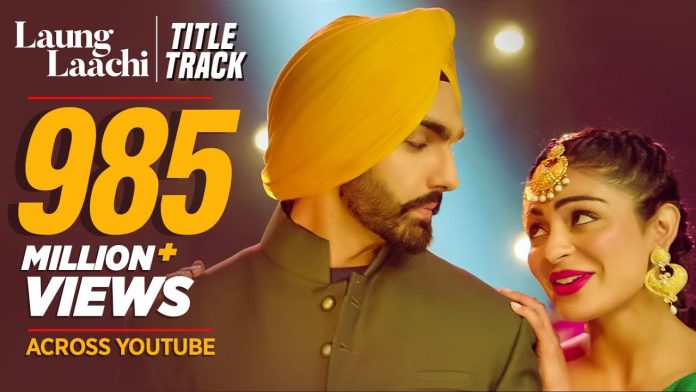 Laung Laachi by Mannat Noor is set to be the first Indian song to hit 1 billion views on YouTube!

The track was the first and title track from the hit film Laung Laachi which was released in March 2018, with an all-star cast, including Ammy Virk, Neeru Bajwa and Amberdeep Singh in lead roles.

At the moment, the most viewed video on YouTube is the hit ‘Despacito’ by Luis Fonsi which has a staggering 6.5 billion views!

Laung Laachi !!!! 17 million more and we hit the billion mark … first ever Indian song to do so 🙏🏼🙏🏼🙏🏼🙏🏼🙏🏼 thank you to all the Laung Laachi lovers 😊😊😊 congrats team @amberdeepsingh @ammyvirk @mannatnoormusic @arvindthakur @harmanjit @thite_santosh and everyone else I know I missed a lot of names

The track was released last February, a month before the film was released, so has taken less than 2 years to get to nearly a billion views! Congratulations to the whole team!

Be part of the (almost) 1 billion and watch the video here: