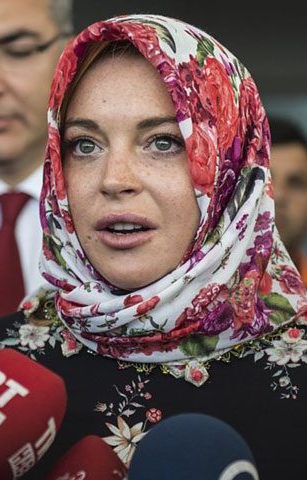 Lindsay Lohan has deleted all of her Instagram and Twitter posts in what her representatives call ‘a period of renewal’.

The former child star has not deleted her profiles and her Instagram bio now reads ‘Alaikum salam’ which is an Islamic greeting that means ‘peace be upon you’.

Lohan recently called off her engagement with Russian millionaire Egor Tarabasov after reports of his abusive behaviour and has spent a lot of her time in Dubai. The star has reportedly become immersed in the Middle Eastern culture and has been studying Islam. Although the actress has admitted that she is not ‘fully converting’ yet she has been spotted carrying around a leather-bound copy of the Quran. 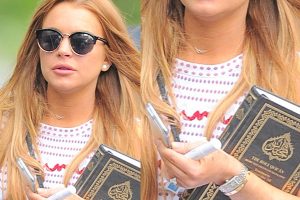 Lohan spent a lot of time in 2016 working with Syrian refugees showing off her humanitarian side as it appears she is trying to leave behind her controversial past. One of Lindsay’s representatives have said: “(Lindsay) is in a period of renewal, and is very excited for what the New Year holds.” Lindsay also added: “I am so excited for this new chapter in my life.” The star still has over 14 million followers on Instagram and Twitter collectively and her fans are sad to see her go but ultimately support her decision. 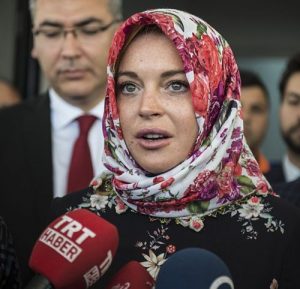 What do you think of Lindsay’s new found spirituality? Let us know your thoughts. #BritAsiaTV