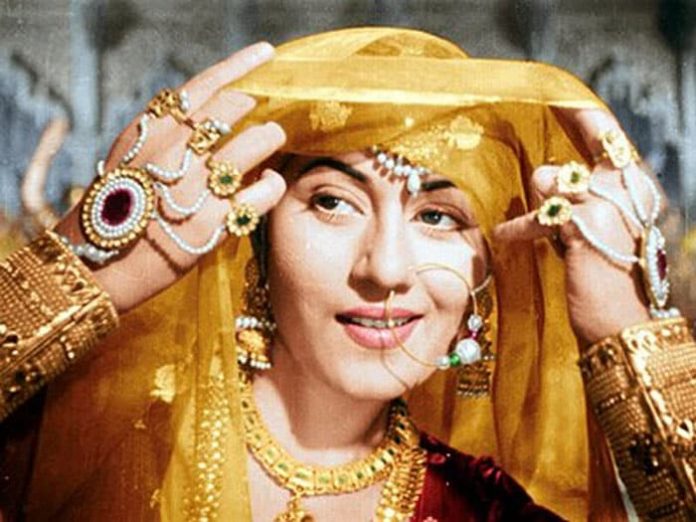 Madhubala’s sister Madhur Bhushan is disturbed about filmmaker and Padmini Kolhapure’s hubby Tutu Sharma’s plans of making a biopic of her legendary sister. So much so that she sent a legal notice to Sharma. We had broken the news FIRST and EXCLUSIVE. But more than the fact that Sharma may beat her to the winning post, we have now learnt that Madhur Bhushan’s main bone of contention is something else. Madhur Bhushan does not want her sister’s romance with Dilip Kumar to be played out.

It is a mystery what would be a Madhubala biopic without the man she pined for -Dilip Kumar- being shown as her lover, without any pretensions. Madhur Bhushan had herself been very vocal about the Madhubala-Dilip Kumar relationship in her past interviews. Wonder why she has become cagey about it now. She had then said, “Madhubala and Dilip Kumar were together for 9 years.” She had even given her version of why Madhubala and Dilip Kumar parted ways. “If you believe me, it was the ‘Naya Daur’ case that created wedges between them. Tempers flared and things got bad. Shayad Allah ko manzoor nahin tha aur unka pyaar khatam ho gaya. Dilip saab had come home after that and yes, Madhubala did ask him to say ‘sorry’ to our father. But Dilip saab termed him as ‘dictator and difficult’.”

Another source says that Madhur Bhushan’s fear regarding the depiction of the Dilip Kumar-Madhubala love story stems from the fact that Tutu Sharma may sensationalise it. “She wouldn’t mind a small and soft mention of the same,” says the second source.

However, Tutu is very much going ahead with the biopic in question. He had then told us, “The biopic film being announced by me is based on the biography book titled ‘Madhubala: Dard ka Safar’ written/ authored by Ms Sushila Kumari which has been in the public domain for multiple years. Madhubala ji is a well-known public figure and it’s important that her story is made on celluloid for the public to see. I believe that it’s a well settled law that nobody can claim copyright on a public figure’s life, not even their own kin. If that was the case we wouldn’t have seen so many biopics made on prominent figures through the history of our nation.” Our first source says that he still holds the same viewpoint.