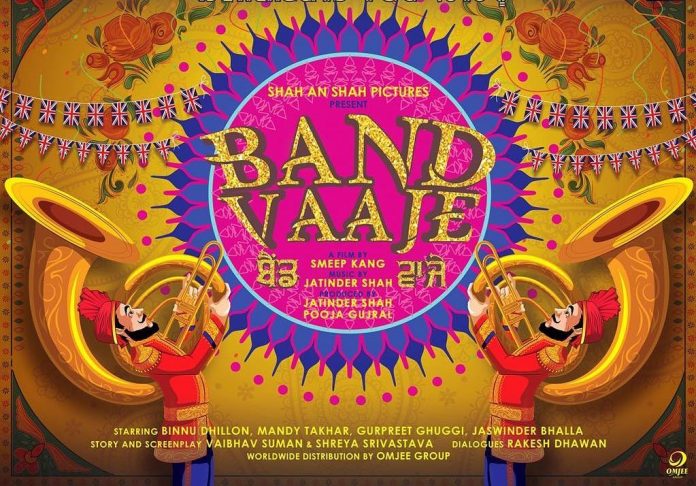 British Asian Mandy Takhar and Punjabi film star Binnu Dhillon are set work with each other for the first time in ‘Band Vaaje’.

Wolverhampton born Mandy Takhar took to her Instagram to announce the exciting news:

Can’t wait to start shooting this one ! This film is going to spread happiness and laughter and how !!!! It will make you laugh until you cry – I assure you that ! ☺️ #BandVaaje Releasing 2019 🎷😊 #SmeepKang @binnudhillons @ghuggigurpreet @jaswinderbhalla @jatindershah10 @poojasinghgujral @omjeegroup 🎺🥁🎷❤️

The movie is set be another wedding-based movie and has been directed by well-known director, Smeep Kang. Fans can expect a beautiful soundtrack by Jatinder Shah who has also produced the flick alongside Pooja Guiral.

The cast includes PFA winner Mandy Takhar, Binnu Dhillon, Gurpreet Ghuggi and Jaswinder Bhalla. The story and screenplay has been created by Vaibhav Suman and Shreya Shrivastava and the script has been written by Rakesh Dhaw.