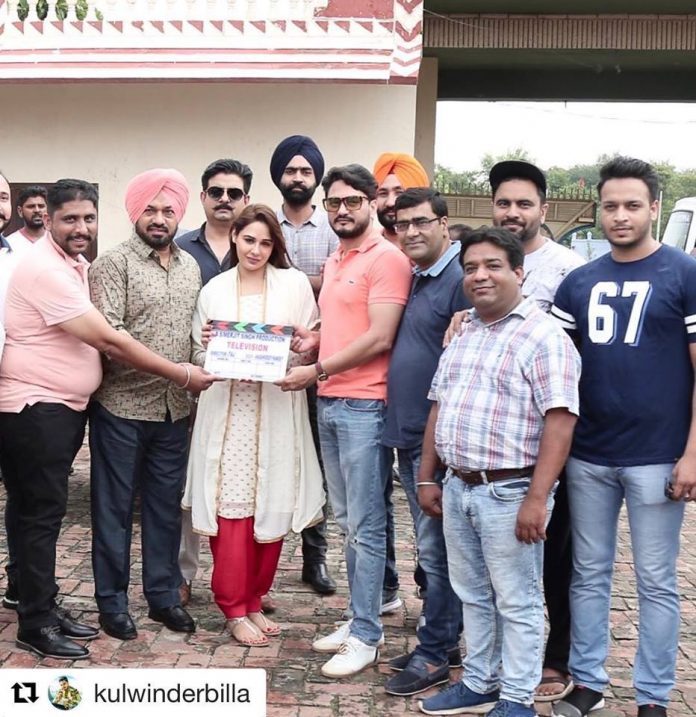 Earlier this month, Kulwinder shared the poster of the movie which is supposedly to be based on the era of the first television being introduced in Punjab.

Now the makers behind the movie have announced that British Asian, Mandy Takhar, will be playing the female lead. The singer and actor has appeared in movies such as Sardarji, Rabb Da Radio and Khido Khundi.

The movie has been directed by Taj, and will be released under the Simerjit Singh Production House. Simerhit Singh has also directed some of the most popular Punjabi movies such as Nikka Zailar 1 & 2, Angrej and Subedar Joginder Singh.