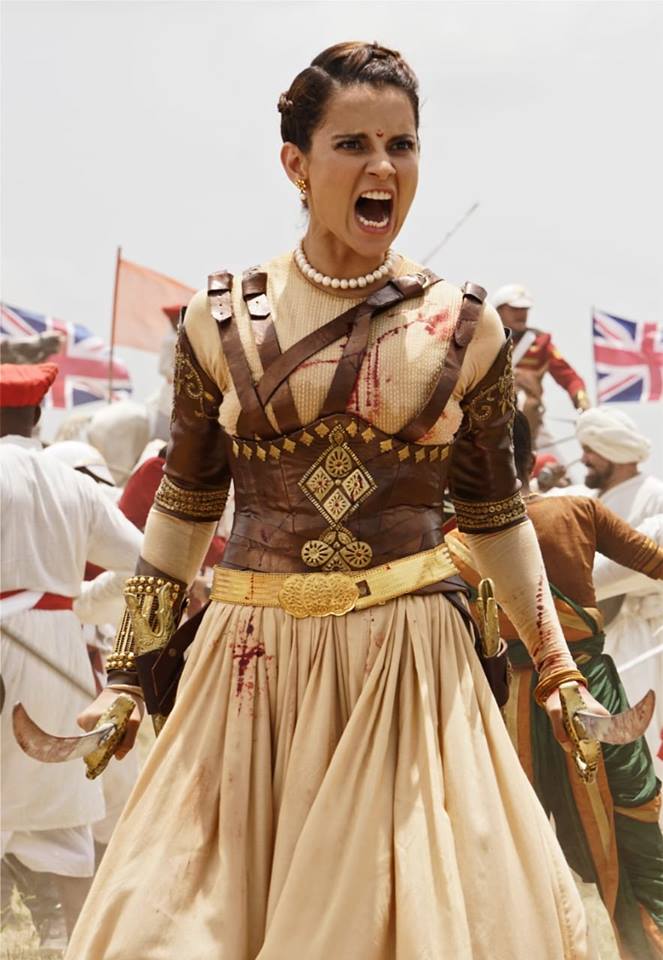 The anticipation for Kangana Ranaut’s latest venture, Manikarnika was peaking when the film released on 24th January 2019.

The film has been consumed in controversy regarding lead actress/co-director Kangana Ranaut and director Radha Krishna Jagarlamudi’s (Krish) feud.

The director left the film before completion, while he claims he shot 90% of the film Kangana has claimed she had to take the reigns as director and shoot 70% of the end product.

While this quarrel appears to be on-going the film has been released and audiences are having mixed reactions towards Bollywood’s latest period drama.

The premise of this film is set upon a very powerful and inspirational female historical figure – Rani Lakshmibai, the infamous ‘Jhansi Ki Rani’.

While the attempt to revive this heroic and inspiring narrative is noted, the film altogether was not as impactful as one would have hoped for or expected of a Bollywood period drama.

The grandeur was certainly present and you could visibly see the effort put into the film, but the first half of the film was quite slow and stagnant, it did not grip the audience.

The courting between the Raja (Jisshu Sengupta) and Rani (Kangana Ranaut) felt quite forced and unnatural. While their romance is not the focus of the film the actor’s on-screen chemistry was not convincing.

The film is centralised around Ranaut’s character, we see her take the journey from young and carefree Manikarnika to the Queen of Jhansi where she is given the name Lakshmibai after the Hindu Goddess of wealth – Lakshmi.

The film tracks her journey from dutiful wife, to wounded widow and finally a warrior Queen who becomes a martyr for India’s fight for freedom against British rule in the 1800s.

The second half of the film is where the film truly picks up, after the interval the true feeling of rebellion and independence is injected into the narrative.

When speaking about the film actor-director Kangana Ranaut said:

“Manikarnika will burn in the heart of India forever.”

This is true, the film is incredibly moving in places. Sequences which depict key events such as the loss of her husband and son, the exiting of the palace, the emboldening of women as warriors and finally her battle scenes – these were all done masterfully.

But there was an inconsistency in the film, it was either slow and bumpy in its re-telling of the brave warrior Queen’s life; or it was rushing to inspire the rebellious patriotic emotion out of its audience.

This could be down to the film being a blend of two directors – Krish and Kangana who clearly lacked the creative cohesion to work on this film in harmony.

Krish has gone on record to news outlets expressing how his vision for the film was quite different. While co-stars have accused Kangana of editing the film to draw away from the story and focus more so on herself as an actress.

Whether these claims have any merit this has not been proven, however the film is noticeably clumsy in its delivery.

The film is worth watching purely to get a sense of this historic and awe-inspiring figure.

A British officer at the time commented of Rani Lakshmibai that she was, “the most dangerous of all Indian leaders”.

The courage and strength of this historical figure was displayed well by Ranaut and the accompanying musical score was largely emotive and impactful.

It would have been interesting to see the film with a singular director either Krish or Kangana, to get a sense of the singular creative vision.

However, the movie still is entertaining and informative, if you enjoy strong female figures in history this would be an excellent movie to watch.

Period dramas have become the new vogue in Bollywood after Sanjay Leela Bhansali has perfected this niche with films like, “Bajirao Mastani” (2015) and Padmaavat (2018).

With the undeniable success of Baahubali (2015) other directors are now attempting to jump on this period drama bandwagon.

An incredible story embedded in history… An epic battle for the majestic Mughal throne… A story of a family, of ambition, of greed, of betrayal, of love & of succession… TAKHT is about WAR for LOVE…. @dharmamovies @apoorva1972

It has been proven that period dramas do perform well generally in the box office with audiences.

It will be interesting to see how other Bollywood films fair in this genre in the future.