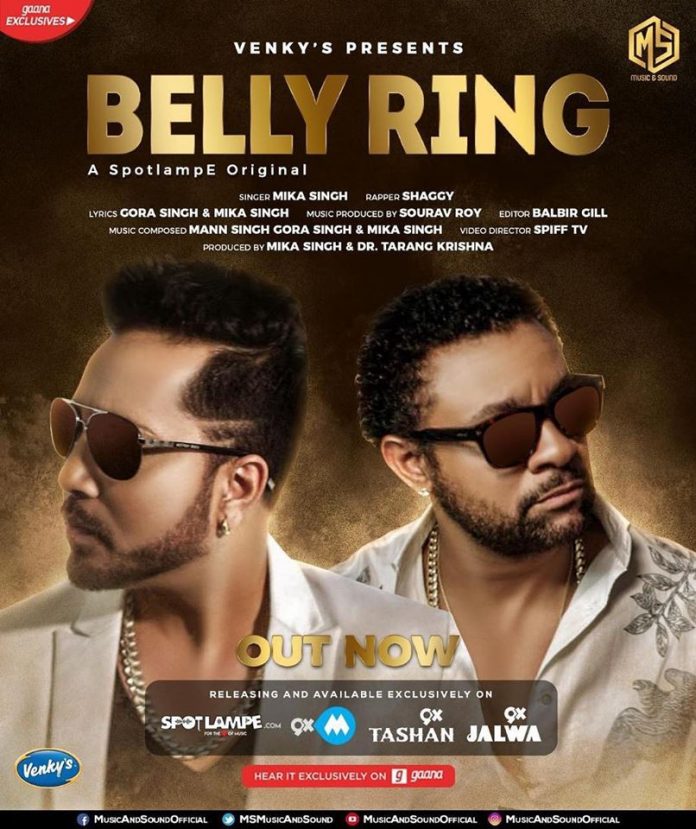 The newly released track was shared by Mika on Vaisakhi, which was earlier this week. This is a huge collaboration from the both, and joins the musical talent of both Mika and Shaggy.

The ‘Hawa Hawa’ singer took to his social media to share the track:

‘Belly Ring’ has a very western urban sound, and with the combination of English and Hindi language lyrics, it has the potential to reach a worldwide audience.

Speaking about the track, Mika said: “This was a great opportunity to be collaborating with one of world’s best musical talent. Working with Shaggy was an out of the world experience and we both knew how the track had to shape.

I am excited to see the viewer’s response and I am confident that the song will rock the charts in India.”

The biggest stars of Bollywood took to their social media accounts to share their excitement of the track. Producer Karan Johar wished the singer luck for the release, and stars such Varun Dhawan, Vicky Kaushal and many others shared their well wishes too.