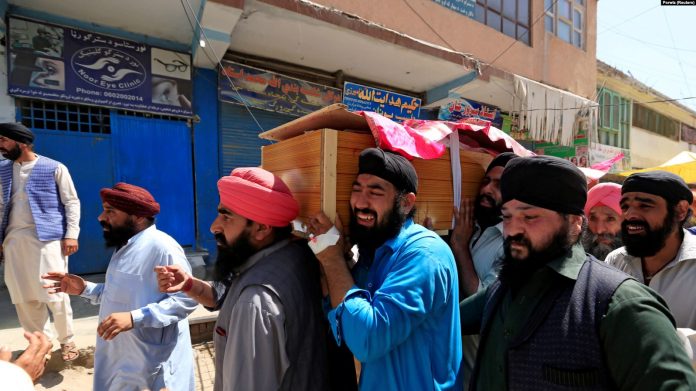 With 150 people inside, there has been one confirmed death, and many wounded, after suicide bombers and gunmen attacked the temple in Shorbazar, with numbers potentially rising.

The Islamic State (IS) group, who have continuously targeted Sikhs in Afghanistan, have stated that they are behind this attack. However, Afghanistan’s main militant group, the Taliban, have denied any involvement.

Many members of the Sikh community living in Afghanistan have long complained of discrimination and harrassment by the Muslim majority. In July 2018, IS stated they had bombed a gathering of Sikhs and Hindus in Jalalabad, killing 19 people and injuring many. Sikh politician, Awtar Singh Khalsa, was among those killed.