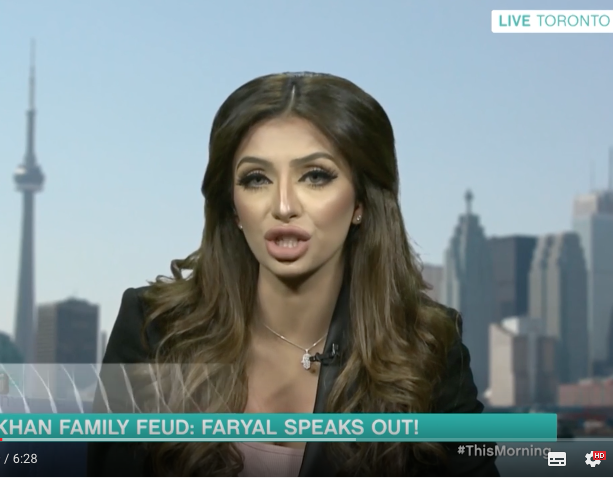 Faryal Makhdoom was interviewed live on ‘This Morning’ about her family fiasco. Makhdoom went into detail as to why her troubled relationship with Khan’s family had gone public.

This past week Makhdoom has accused the boxer’s parents and wider family of criticising what she wears and bullying her on numerous occasions. She made this public statement via her Snapchat channel. She has accused the Khan family of trying to destroy her marriage.

Amir’s parents have since spoken out on ‘GEO TV’ both claiming she is lying in an interview from their Bolton home.

Makhdoom has spoken out on ‘This Morning’ in a live interview from Toronto Canada. Makhdoom explained to presenters Philip Schofield and Holly Willoughby, “It’s not in my nature to ever go public about personal matters, but being so young and getting married so publicly and having to deal with so much abuse… Over the years, his brother went on Twitter rants, called me fake, called me Michael Jackson, it’s really not very nice.”

Makhdoom went into further detail about the events that have led her to believe she is being bullied. “When I did a catwalk recently, I was really proud and Amir was really proud of me, and then I saw his sister call it a ‘dog walk’, and that really hurt me because when I didn’t work I was called a gold digger.”

Presenter Philip Schofield asked Makhdoom if she felt like the couple would ever get along with Amir’s family. She responded saying “I went to Amir’s brother’s wedding, and I had fun and danced with his mum. I could see Amir’s face and he was smiling as we were getting on. It would be nice for them to eventually get on with us, but I don’t know how possible that is, especially having been in three years of marriage and not getting on.” 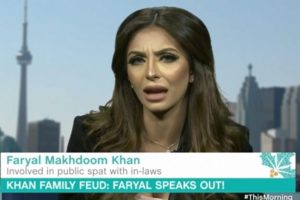 Amir Khan has asked for peace in a bold statement via his Twitter channel. Will this story see another chapter or will this dysfunctional situation continue? We’d love to hear your views. #BritAsiaTV